Renault's upgraded Formula 1 engine is ready for the Canadian Grand Prix but the French manufacturer is not convinced it is best for every team, "in particular Red Bull", to use it in Montreal

Although there are obvious advantages in upgrading for a power-dependent track like Montreal, the final choice will be influenced by the fact that some drivers have used different numbers of power unit elements.

Even those who have only used one set so far have run different total mileages, for example due to first-lap incidents.

"We have yet to confirm the introduction, because the mileage is not the same across all cars, so we will see where and when exactly we will introduce that new spec.

"I think we have six engines available, subject to the last event on procurement in the supply chain.

"That's the plan, but not sure it's actually the best to introduce it in all six cars, in particular Red Bull. We need to look into that.

"We always work in partnership with teams, trying to do the best for the overall season result.

"It's a small gain in power, although we know we won't be the only one [bringing an engine upgrade]. 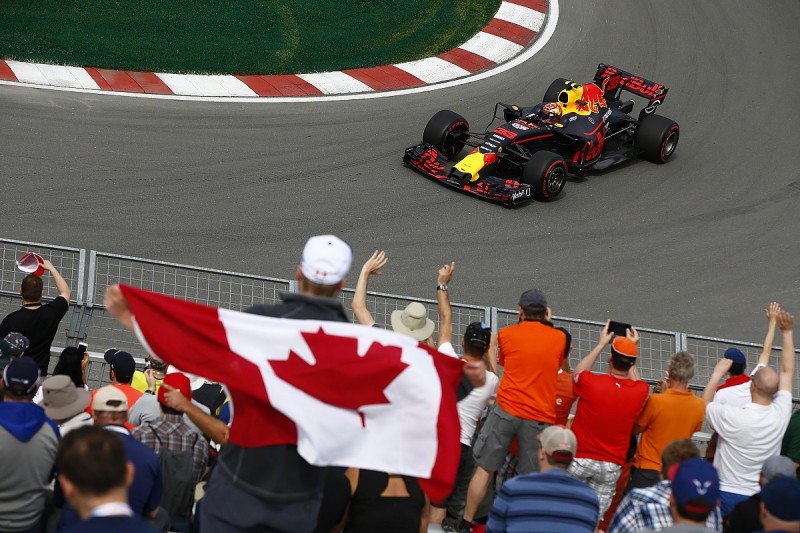 "It's mainly in the ICE [internal combustion engine] that we can expect more power.

"This has to be the focus, and it will be the focus for all of this year, and maybe next year."

Red Bull boss Christian Horner suggested that any improvement from Renault is welcome.

"There is a small upgrade coming for Montreal - every bit we need at the moment, so that's hugely important for us."

Two Renault-powered drivers are on the cusp of grid penalties, including Monaco GP winner Ricciardo, who took a complete set of second elements at the Chinese GP, following a failure in Bahrain.

If neither his Monaco MGU-K nor the other one he's used this year are still in play, he will be guaranteed a 10-place grid penalty as soon as he uses a third.

McLaren's Stoffel Vandoorne is also on the bubble, having used two control electronics, and he'll get a penalty if he takes a third.

Of the other Renault users, Carlos Sainz and Nico Hulkenberg have used two MGU-Hs, and Fernando Alonso two turbos, but with those particular elements penalties won't kick in until they take a fourth.

Mercedes must avoid being 'exposed' by hypersoft problems in Canada