The manufacturer experienced difficulty getting the most from its upgrades in 2019, particularly one it brought to its home race in Paul Ricard.

That prompted a major internal review of the organisation, which concluded Renault needed some restructuring.

As well as shuffling staff around, it has hired former McLaren engineer Pat Fry for a senior role.

Renault F1 managing director Cyril Abiteboul said a key lesson Renault had learned was the need for stronger direction on the technical front.

"It looks like we were missing something in the technical leadership of the team, in the ability to pull all the resources that we put together," he told Autosport.

"We talk a lot about figures, and headline numbers like 750 people in Enstone now. It's huge, and there has been lots of investments: £15million of investment.

"But all of that needs to be driven by a force. And I felt that, and we felt that, we were a bit weak in technical leadership.

"Therefore, that led to the recruitment of Pat."

Abiteboul said there were multiple factors at play to explain why Renault had a difficult 2019 campaign.

"I think in the first part of this season we had a decent car," he said.

"But it was not very visible, because we did not manage to get the results or score the points that we could have at the time, given the theoretical competitiveness of our car against our competitors.

"There were different types of reasons for that: reliability, the engine, operation at the track, a bit of pitstop, and a bit of strategy.

"Plus a bit of drivers, also particularly Daniel [Ricciardo] getting used to the car.

"That unfortunately cost us some points at the time where we were in decent shape." 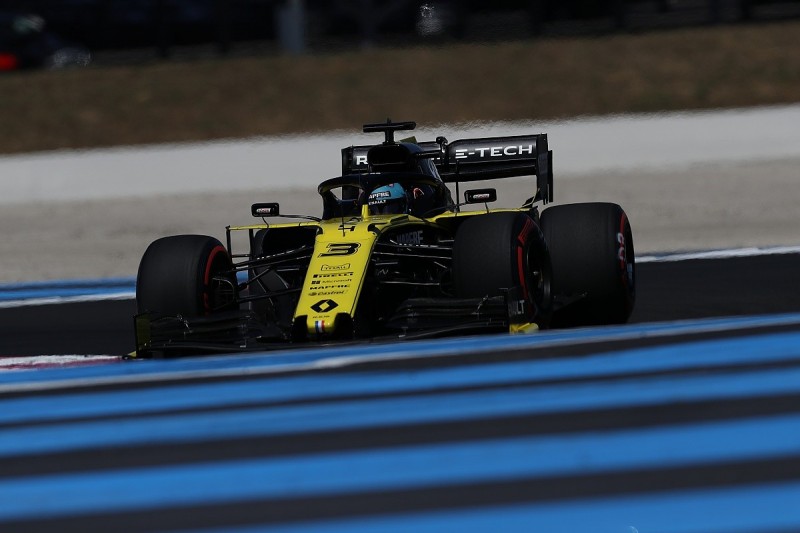 Abiteboul said the French Grand Prix upgrade disappointment highlighted a concept problem with its car that could not be cured during the season, and that opened the door for McLaren to overhaul it for fourth in the constructors' championship.

"When we were expecting to bring the car to the next level, it didn't really work," he said.

"So we discovered that there was a sort of limit for the development of the car given the choices that were made in terms of overall philosophy.

"That was the story of the second part of the season. It was more difficult, and being out-developed by teams around us.

"Plus McLaren, to start with, benefiting from progress we had made on the engine, and the progress that we kept on coming in the course of the season."

What F1 should aim to learn from Zandvoort experiments

The remarkable story of F1's most unlikely test driver