The works team and McLaren will have access to new fuel at Barcelona, but Renault's other customer Red Bull will not.

Red Bull is the only F1 customer team not currently using the same fuel and oil supplier as its engine partner, having opted for ExxonMobil rather than BP/Castrol.

Renault's engine performance still trails that of Mercedes and Ferrari and a major step is not expected until an upgrade planned for June's Canadian GP.

It is anticipating a decent performance gain before then, though, with a BP upgrade for Spain targeting an improvement in efficiency and power.

Renault is in buoyant mood following Carlos Sainz Jr's fifth place in Azerbaijan, the works team's best result since returning to F1 in 2016.

"The start of the European season now needs to see a consolidation of that performance," said Cyril Abiteboul, Renault Sport managing director.

"We will be helped in Spain by a step on the engine side with new fuel, and some aero tweaks to reflect the characteristics of the track.

"We hope this to be a move forward, but we also recognise that many other teams will bring upgrade packages too and Barcelona is well known to everyone." 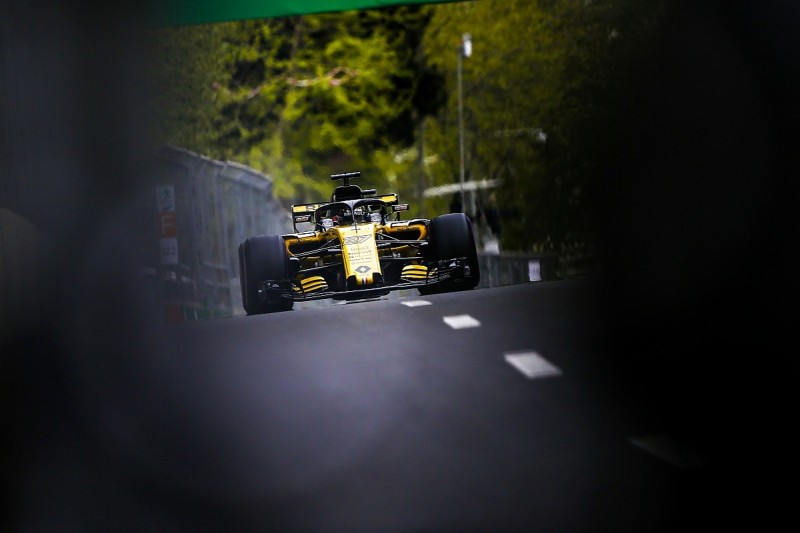 Renault introduced a new front and rear wing for the last race in Baku, as well as upgraded bargeboards.

That was partly specific to the demands of the high-speed street circuit, but chief technical officer Bob Bell said it also means Renault's Spanish GP package would be less substantial.

"Traditionally Barcelona has been where all the teams have brought upgrades; usually a major aerodynamic upgrade," he said.

"This year, the first big aero upgrade package was in Baku. In Barcelona, we'll have less brand new elements.

"For the foreseeable races, we have upgrades coming at each race, some small, some bigger."