While Renault has in recent years faced a notable power deficit against Mercedes and Ferrari, the gains it has made for 2019 has closed the gap considerably.

Ricciardo believes that step forward was clear at last weekend's Belgian GP, which makes him upbeat for Italy.

"People can see it from a power side - we have made a lot of progress this year," he said.

"Last week in Spa we had quite a slippery car down the straights, so that is good.

"It gives certainly some optimism coming here and I am certainly excited to race here. It is always one I enjoy.

While Ricciardo knows was Renault's lack of power caused much frustration at his old team Red Bull, he says at the works team the focus now is on improving the chassis.

"But actually this year I feel they have made a lot of improvement [with the engine] and we just need to improve the car.

"You can put on a lot of downforce, but if you are really slow on the straight it doesn't make sense, it still needs to work efficiently.

"That is where McLaren did a good job this year.

"They are able to produce the same downforce with less drag, so they can keep a bit more speed on the straight and then they run more downforce." 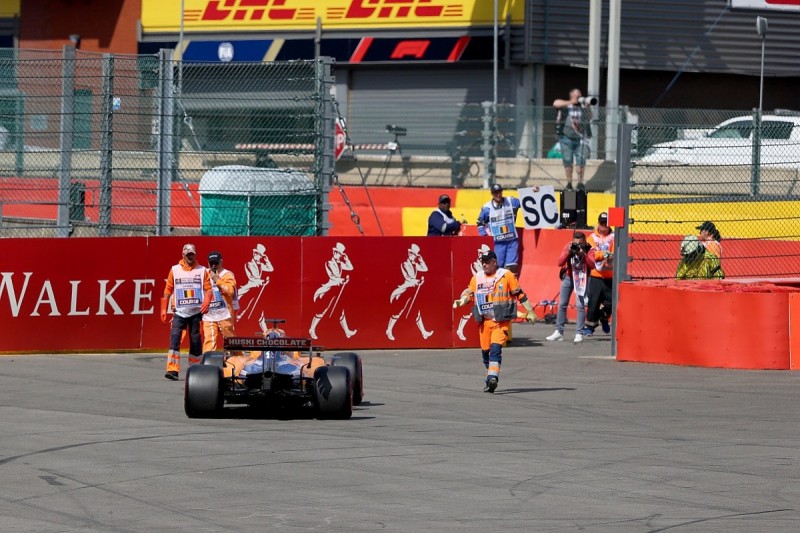 Though Renault has suffered a run of reliability problems this year - which included a double failure for McLaren at Spa last weekend - all its drivers are upbeat about the progress that has been made in power terms.

Carlos Sainz Jr, who retired on the opening lap in Belgium, believes Renault was a lot closer to Mercedes and Ferrari there than it had been last year.

"The engine performance is not our major problem in terms of competitiveness because the step Renault did this year compared to last year is very, very big," he said.

"It's still not at the level of Ferrari and Mercedes, at all, but at least we're much closer. So we're happy with that.

"Reliability wise, if we put everything into perspective there was an issue on lap 11 in Australia and another issue in lap zero of Spa. Apart from that the year hasn't got that bad actually.

"I managed to get a good run of points before the summer break so has the reliability been terrible? No. Could it be better? Yes."