Renault could reduce the size of the team working at its engine base in France, while the recruitment drive at its race team factory is set to "slow down" in 2017

The French manufacturer endured a difficult return to F1 as a works entry last season, struggling to a ninth placed finish in the constructors' championship as it focused on rebuilding and re-staffing the former Lotus base at Enstone.

Following extensive restructuring there, and at its engine headquarters in Viry-Chatillon, Abiteboul says Renault will now take some time to bed its new structure down.

"2017 will be more of a consolidation year," he said. "In Viry, the focus is much more on quality rather than quantity.

"We may actually reduce slightly the size of our operations.

"On the chassis side, we have recruited something like 100 people, so that is a growth of 20% of headcount, which is a lot.

"We are going to slow down a little bit the recruitment, make sure everyone is finding their feet.

"I will be more focused on securing the right department heads, which takes time because of the contractual situation - the more senior you go in an organisation, the longer it takes to get those people.

"But we have some in the pipeline that will join us over the course of the season."

Those further recruits include Renault's new head of aerodynamics, Pete Machin, who will join from Red Bull on July 3.

Renault will also introduce a new combustion engine and ERS for 2017, which Abiteboul reckons will "offer the potential of performance to match Mercedes". 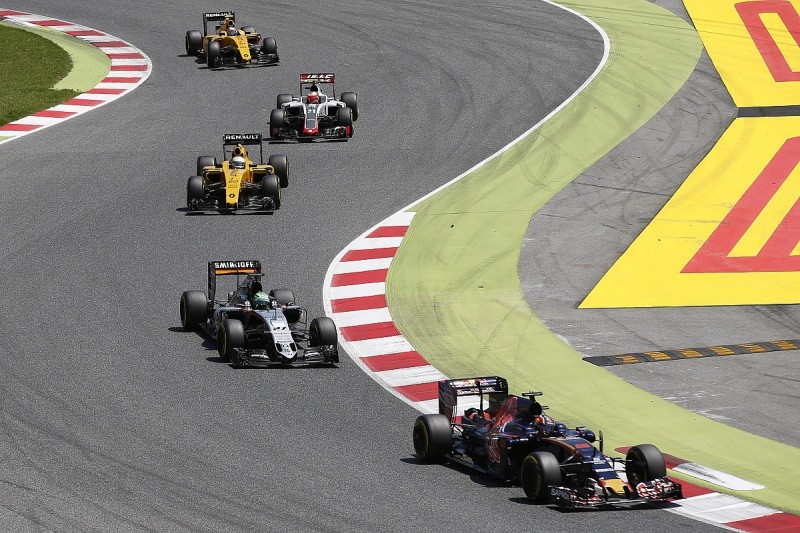 "There is absolutely no doubt about that, and maybe in the future the potential to overtake them," he said.

That will encourage Red Bull in its battle to beat F1's current top team, while Renault hopes to make enough progress to fight for regular podiums in 2018, before mounting a title challenge "by 2020".

Abiteboul admits Renault lacks the budget of other top teams at present, and expects to be fighting upper-midfield outfits Williams, Force India and Toro Rosso in 2017.

"We will have better funding than all others apart from the three top teams," Abiteboul said.

"McLaren is a bit of an unknown - their commercial set-up is not clear to me.

"We will have the capacity to be in the race against Williams, against Force India, against Toro Rosso - so the target is to be on par with those teams and overtake them over the course of the season.

"I expect our development rate will be stronger than these teams.

"When it comes to the bigger teams, the strategy of the five-year plan we put together is to kick off a virtuous circle that will give us access to extra funding, and allow us to target the bigger teams in the near future."