Renault works team Red Bull made a giant leap in competitiveness between the final pre-season test in Bahrain and the first race in Melbourne, but team boss Christian Horner estimated the Renault engine was still one second slower on the Albert Park street circuit's straights than the Mercedes power unit.

The French manufacturer's head of track operations Remi Taffin accepted there was a significant deficit, but reckons the power unit is good enough to close the gap once the Renault teams gain more knowledge of how to use it properly.

"It's a fair assessment to say we are behind Mercedes in the straights. That's obvious," said Taffin.

"Saying it is one second is difficult, but it is not one tenth. It is closer to a second than a tenth or a hundredth.

"We know how far we are from [Mercedes] and we know what we can achieve for the next race to fill the gap.

"In the power unit we're running we already have the necessary components to achieve this recovery, it's just a matter of optimising everything and using everything to the full power.

"We just have to fix the reliability and fix the way we use all these things together and try to make them work." 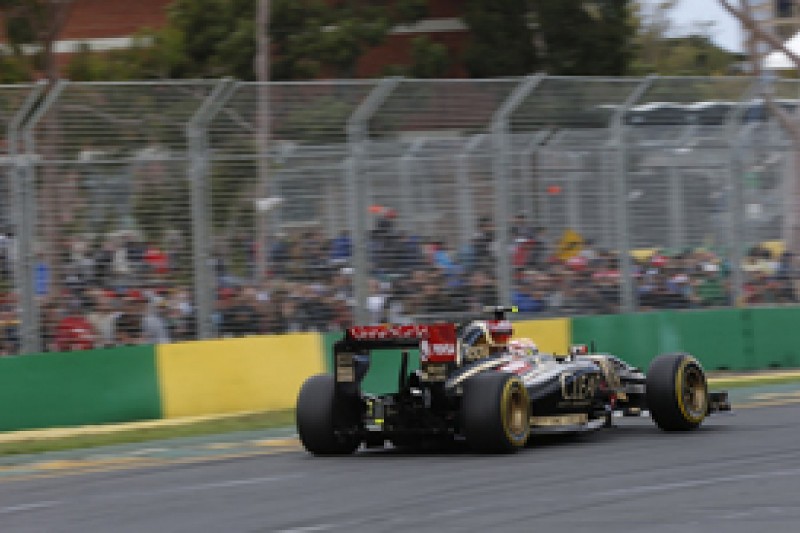 Taffin said Renault could take away useful lessons from Australia, thanks to Ricciardo's Red Bull and both Toro Rossos completing the race distance, though there was disappointment at both Lotuses retiring with identical MGU-K failures.

"It's like we've done four days of testing in one afternoon," he added.

"We will reflect on that for Sepang and come back better, but all in all I'd say it's a 50/50, as the number of cars we got to the end of the race.

"Fifty per cent of them did quite well but not to the level we expect. We still have a way to go.

"We can operate our engine but there is a downside obviously with the number of cars we didn't get to the end due to some problems on our side.

"But it's not the sort of problem we cannot fix."

Coulthard: what splits the good and the great