Despite a difficult maiden test outing for the new McLaren-Honda relationship in Abu Dhabi last year, Ricciardo believes the Woking-based outfit should not be ruled out of contention.

"I expect Williams to be strong again, but the big question mark is McLaren with Honda," said Ricciardo, during a Red Bull media event in Milton Keynes on Tuesday.

"I am actually excited to see how they go. They have obviously got the potential to do very well.

"That is probably the one that everyone is going to be watching to see what sort of step they have made and what they bring to the table."

Ricciardo believes the change of engine supplier gives McLaren a chance to make big steps in a year when its rivals' gains will be more incremental.

"For the rest, there will be standard steps. But it will be interesting to see what McLaren can do," he said.

"It is a curiosity. They are the one team that is probably more unknown.

"Ferrari have the opportunity to make a good step. They underperformed last year but there is probably no real strong signs [to suggest] they will gain a second, whereas McLaren could gain that second if everything gels with Honda.

"No one knows how quick the Honda can be, which is why I am saying it will be more exciting to see whether they are really quick or if they are back in the pack." 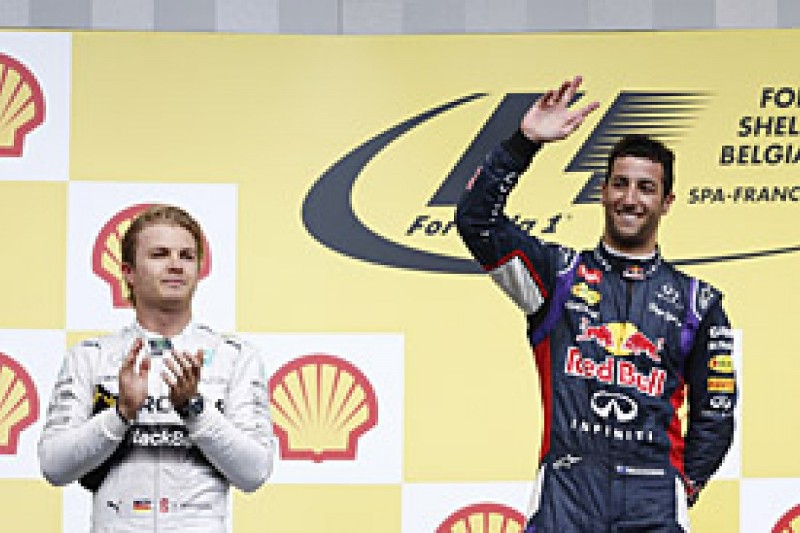 But, after winning three races in 2014, he thinks even with a small power gain he can really put Lewis Hamilton and Nico Rosberg under threat for the title.

"It was pretty awesome how we won three races last year, when they were so dominant," Ricciardo said. "Whether they had problems or not, we still put ourselves in the right position.

"So if we can halve the gap, and at least start the season like that, then it is a good start.

"Then we can try to apply a bit of pressure as the season goes on - and try to be perfect. For when they are not perfect, then we can put pressure on them."