Red Bull would be dominant in F1 with Mercedes engine - Verstappen

Though Renault powered Red Bull to four straight F1 championships with Sebastian Vettel from 2010-13, it has been on the back foot compared to Mercedes in particular since the start of the current hybrid V6 regulations in '14.

Verstappen is certain Red Bull's chassis performance is now "really good" again, and that only the engine needs to improve.

"I think that if we had a Mercedes engine in the back, they would never see us again," he told Autosport.

Though Renault has made gains in recent years, Verstappen is adamant that in 2017 he still had "less horsepower than the other manufacturers, apart from Honda".

He said the MGU-H had been a particular weakness.

"Ours just isn't that stable compared to what Mercedes and Ferrari have," Verstappen said.

"But it has to do with several things. Otherwise they would have solved it a long time ago, of course."

Red Bull had been expected to return to title contention in 2017 when the rule changes put more emphasis on aerodynamics. 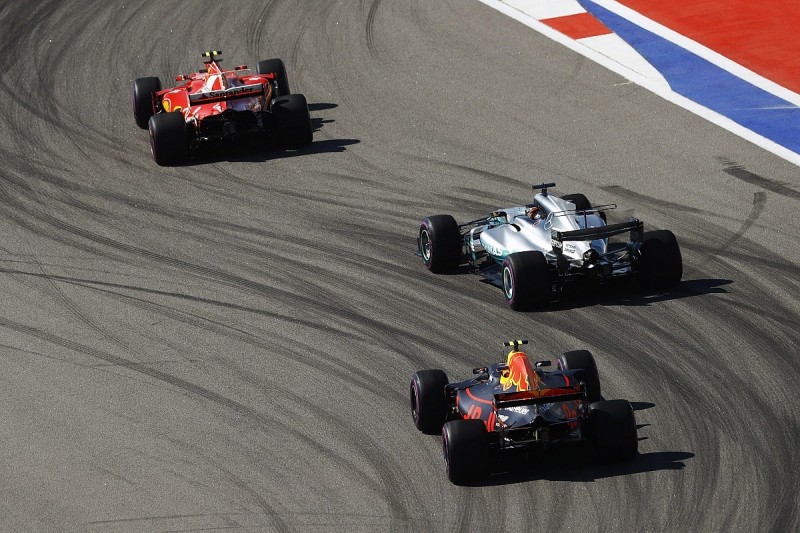 But instead it was leapfrogged by Ferrari and spent most of the season as the third-best team.

It still won three grands prix, with Daniel Ricciardo coming through a chaotic race to triumph in Azerbaijan in June before Verstappen took more straightforward victories in Malaysia and Mexico in the final quarter of the campaign.

"They thought about going for a low drag configuration, but for some reason it just didn't work out," said Verstappen of Red Bull's poor start to last year.

"Maybe it was a bit too optimistic.

"But you've seen that the team can turn things around very quickly.

"Of course, by then your season is already lost, but it does give you confidence for the future that it can go in the right direction."