Red Bull says a "surprising" engine power step from Mercedes has left it struggling for answers about how best to stop its Formula 1 title rival pulling clear.

In the wake of Max Verstappen having no answer for the pace of Valtteri Bottas in the Turkish Grand Prix, Red Bull team boss Christian Horner thinks that the competitive picture between the two F1 title rivals has shifted in recent weeks.

Whereas Red Bull appeared to hold a pace advantage heading in to the summer break, he believes that the arrival of Mercedes' latest specification of engines at Spa has boosted the German car manufacturers' straightline speed.

And, while previously Red Bull could counter any top speed advantage from Mercedes by running a lower downforce configuration, now Horner says the gap between the two teams is too big to be able to do that.

Proof of that came in the way that Lewis Hamilton was able to draft past Sergio Perez on the back straight in Turkey at one point in the race, despite running a higher downforce rear wing.

"Their straightline speed has taken a significant step recently, and I think that whereas we could match them with smaller wings previously, now we can't get near," said Horner when asked by Motorsport.com about where Mercedes' current advantage came from.

"We saw that particularly at this circuit, where Lewis in particular had a significant straightline advantage with a bigger rear wing of the car.

"We've got to maximise our package as best we can. And, as I say, it's surprising that they've made the step that they have with the power unit." 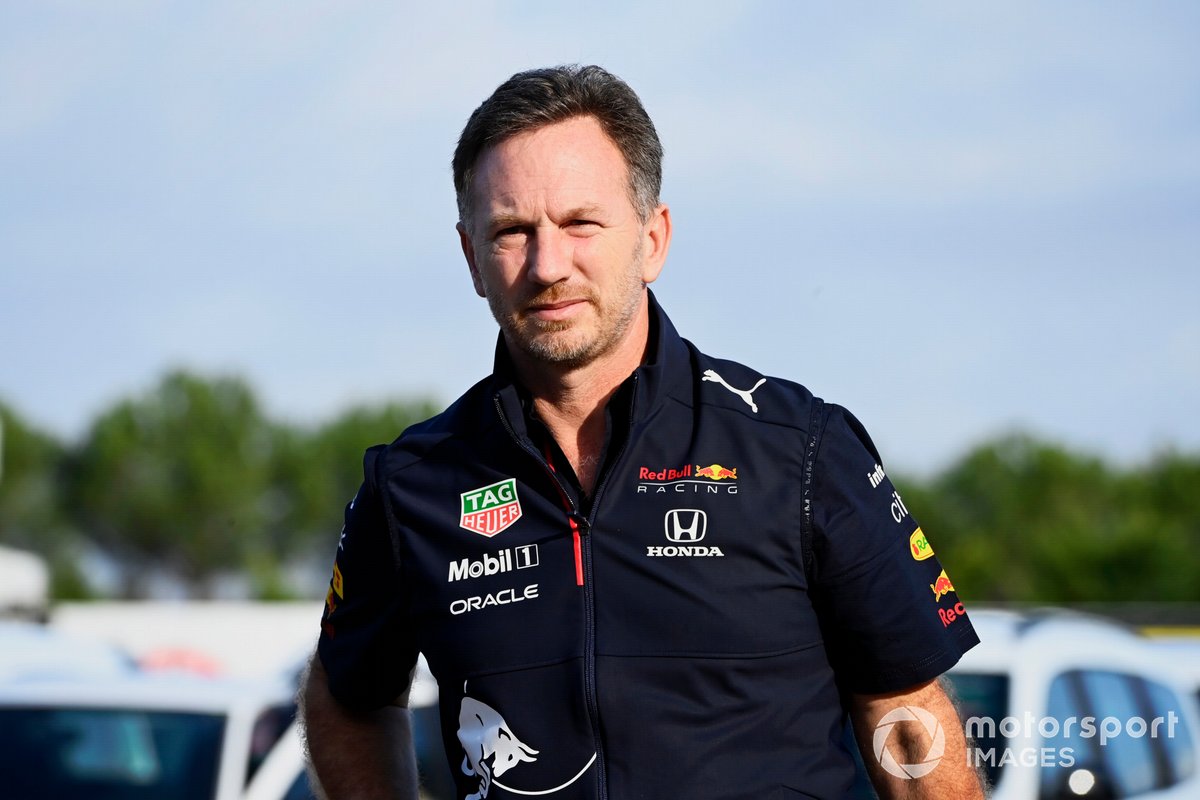 Mercedes has been battling engine reliability concerns with its older power units, but the introduction of fresh components recently for Bottas and Hamilton has helped ease much of its worries.

The nature of the current long-life engines also means that they deliver more power when they are new, with a steady performance degradation over the course of their running.

The advantage that Mercedes had in Turkey bodes well for its prospects in the next race at the United States Grand Prix, with high altitude venues Mexico and Brazil after that likely to favour Red Bull.

For Horner, the current situation is too close to call, and that means his outfit cannot afford to let any opportunities slip through its fingers.

"We know the next race in Austin has been a Hamilton stronghold for quite a few years," he said. "But then Mexico and Brazil, hopefully higher altitude races tended to be quite strong for us in the past. Then I'm really not sure what to expect from the last three.

"It's going to be fascinating, but you know we are going to have to be at the very top of our game.

"We've managed to extract the maximum that we possibly could here [in Turkey], with great execution in the pit stops, and good strategy. So that was positive. But certainly this venue has been strong for Mercedes on outright pace."