Red Bull announced on Thursday morning ahead of the upcoming race weekend at the Bahrain International Circuit that Wheatley had tested positive for COVID-19 as part of the pre-event screening.

Wheatley's positive test came back in the UK, meaning he will not be on-site in Bahrain this weekend and will self-isolate in line with the government requirements.

"We can confirm that during mandatory pre-race testing in the UK, sporting director Jonathan Wheatley tested positive for COVID-19.

"In accordance with official protocols he will continue to isolate for the 10 day period and not attend the Bahrain GP," a statement from Red Bull reads.

"Jonathan's duties will be shared by a number of team personnel at this weekend's Bahrain GP.

"The positive test has not resulted in any other team members needing to isolate following contact tracing and will not affect the team's trackside operations." 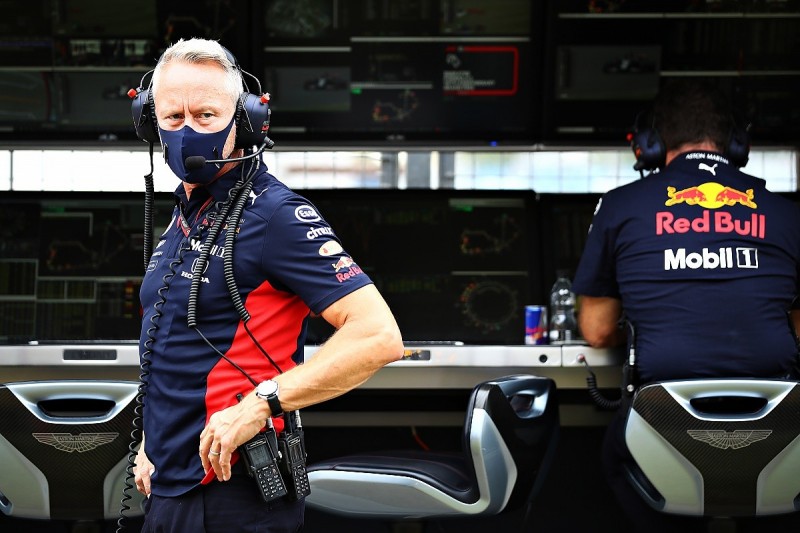 Roberts was absent from the Turkish Grand Prix after showing mild symptoms and testing positive just before he was scheduled to travel to Istanbul, while Isola tested positive on the day of the race. Both are anticipated to return for this weekend's race in Bahrain.

All F1 personnel are required to undergo a COVID-19 test at least every five days across events as part of the FIA's strict protocols for closed events.

No-one is permitted to enter the circuit without a negative test result, and must also undergo a second test within 24 hours of first arriving at the track.

F1 will also be locked down on Yas Island for the season-ending Abu Dhabi Grand Prix as part of an agreement with the local authorities to ensure a smooth and secure running of the race.

The latest official reporting from F1 and the FIA of its screening programme showed three positive results from 746 tests completed between 13 November and 20 November.