The Nissan e.dams Formula E racer, whose most recent F1 race experience came with the Red Bull-owned Toro Rosso team in 2011, will share duties with Red Bull junior Juri Vips at the test after the FIA decreed that any driver who had not raced in more than two grands prix in the 2020 season could participate.

This allowed fellow veterans Fernando Alonso to get some more mileage at Renault before he rejoins the team next year, while Alfa Romeo will give reserve driver Robert Kubica another outing after his latest FP1 appearance in the Abu Dhabi GP.

Three-time Le Mans winner Buemi's first run for Red Bull since a huge crash in a Pirelli test session at Silverstone in July last year got off to an eventful start when he backed the car into a tyre wall.

"I'm looking forward to it, I was not expecting it to be honest," he told Autosport before the test.

"But I'm happy obviously to be driving, I've been around [the Bahrain and Abu Dhabi paddock] for 15 days!"

Buemi, a regular visitor to Red Bull's Milton Keynes simulator since quarantine restrictions on travel from Switzerland was ended a month ago, said he didn't the test as a way to erase the memory of his Silverstone crash.

"It's not like I don't care, it was just important that I was happy was not my fault - we had the footage," he said.

"Now at least I get to do also a different kind of test compared to the Pirelli test, because at a Pirelli test you do basically what Pirelli ask you to do. You don't do like a normal test. 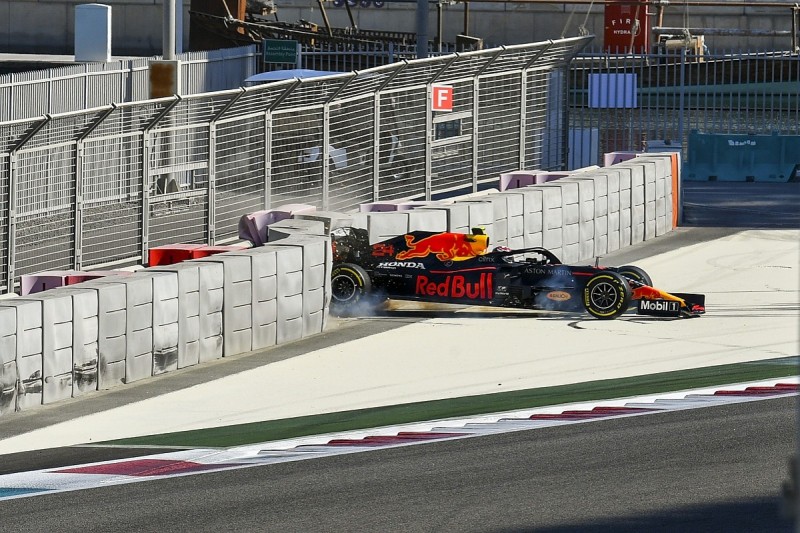 "It's just good for some correlation with the simulator.

"You get to drive the car, then and go back directly in the simulator in England, so I get to see exactly the differences."

The test will also give Buemi some fresh on track experience in case he's needed as a reserve next season.

Unlike other drivers who have not raced at the top level for a while, he has retained the right to an FIA superlicence having won the World Endurance Championship title for Toyota in 2018-19 alongside Alonso and Kazuki Nakajima.

"I think Red Bull did some mileage for Juri to get it as well, because obviously if I have a clash with Formula E, I'm going to Formula E, which means nobody's here," Buemi added.

"So they had Yuri. He did 300kms in Silverstone, I think, before Turkey, just for him to get the licence."