Red Bull insists its decision to extend Sergio Perez's tyre stint in Formula 1's Portuguese Grand Prix was not because it wanted him to disturb race leader Lewis Hamilton.

Perez was running fourth in the early stages of the Portimao race but did not follow the same strategy as the three cars ahead of him when it came to the timing of his stop.

While team-mate Max Verstappen was pitted on lap 35 in a bid to try to jump the Mercedes duo he was fighting, Perez was kept out much longer in the lead of the race.

Despite being much slower than the cars on fresh rubber, he stayed out until lap 51 – which was straight after Hamilton had overtaken him.

But while it appeared that one of the main motivations for keeping Perez out would have been to potentially hinder Hamilton in his battle with Verstappen, Red Bull says its primary focus was actually on unleashing Perez to try to get the fastest lap.

Team boss Christian Horner explained: "It was more focused on wanting to get to the soft tyre to have a crack at that point for the fastest lap.

"That's why we went that long. The soft tyre didn't have a lot of range, and of course if you abuse it over a single lap it makes it a little bit more marginal.

"Sergio was in a sort of solid fourth, without the opportunity to catch the cars in front and clear of the cars behind. So we thought: 'okay let's run the fuel down, get to a point where it is sensible to the finish and have a crack at the fastest lap.'" 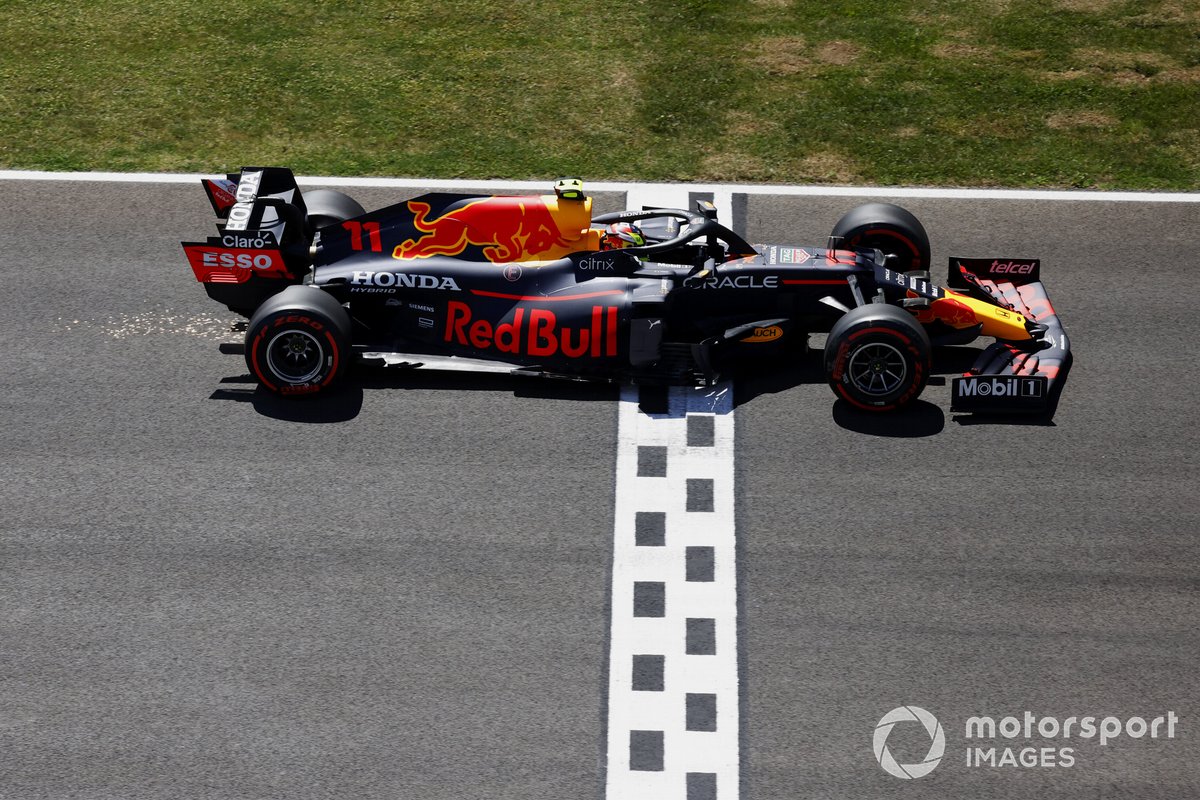 Perez was briefly able to grab the fastest lap, but the subsequent drop off in pace meant he fell away from third placed Valtteri Bottas, who was then able to pit in the closing stages to go for fastest lap himself.

The timing of Bottas' stop gave Red Bull a window to then pit Verstappen, who did manage to set the fastest lap before the time was deleted for him breaching track limits.

Horner added: "Sergio was the first one to claim it, but Valtteri was able to just squeak a pit window to have a crack at it. So we thought: okay, we'll respond with Max, and give it a go with Max.

"The guys knocked in a 1.9 second pitstop and, but for track limits that we didn't see anybody else have the penalty that Max did, he would have achieved that."

Perez's fourth place was the best result he has achieved for Red Bull, but he was still not able to shadow Verstappen during the race itself.

Horner said he was encouraged by the continued progress that Perez was making, though, and he was sure that better form was just around the corner.

"I think he's getting there," he said. "Here [in Portugal] has been really difficult because of the wind and so on, but you can see the races are coming together for him when he is in clean air.

"Don't forget he managed to pass [Lando] Norris, who had passed him fully off the track. Again, another track limits inconsistency.

"But once he was in clean air, he was doing the same lap time as the leaders at certain points, and was setting the fastest lap. So I think it's really coming together for him. I'm happy with the progress he's making. With more time and experience, everything will just come together for him."