Red Bull boss Christian Horner wants Formula 1 teams to discuss ditching shark fins, and hopes that can happen before the start of the season

An opening in the bodywork regulations for 2017 has resulted in most F1 teams developing shark fins on engine covers to help condition airflow to the rear wing.

Furthermore, some teams have also fitted high T-wings to try to eke out even more performance from this area, with Mercedes even trying a double T-wing.

The move has not gone down well with fans, and even F1's new top sporting man Ross Brawn is eager for something to be done to get rid of them.

Horner, who revealed teams warned the FIA about the loophole, hopes there is still time to get something done before the season starts in Australia at the end of the month.

"The cars on track look great, they're giving the drivers a harder time," Horner told Autosport.

"The only disappointment for me is that it would have been nice to get rid of these shark fins and moustache-like wings.

"Maybe there's still time to address that, because it's a shame it detracts slightly from the aesthetics of all the cars, and everybody would be affected in the same way.

"It would be nice if we could get that nailed.

"But I think overall definitely the cars look a step forward, they're going faster, our drivers aren't giving any feedback of it being different to follow a car ahead, so I don't think racing will really be that affected." 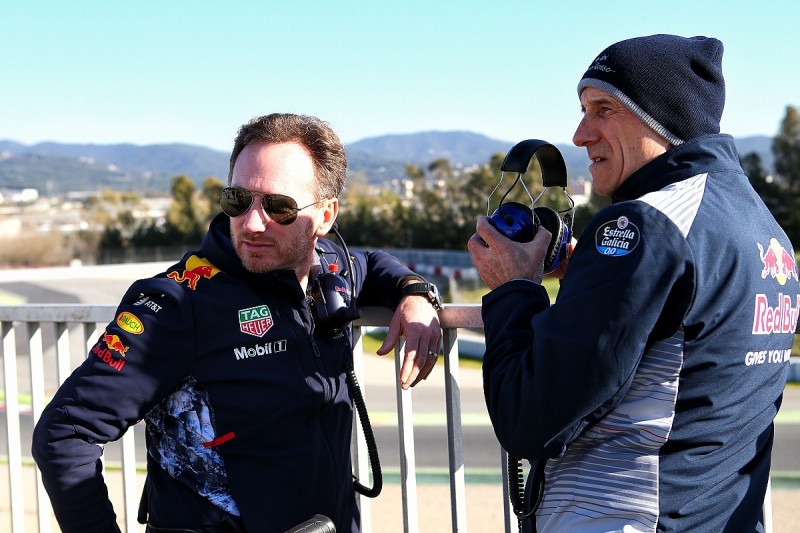 Under F1's governance procedures, any change to the technical regulation now to outlaw the shark fins would require unanimous approval.

While some teams may be reluctant to give them up, Horner thinks it important people consider the impact on the championship rather than their own competitive interests.

"We need to take a sensible pill," he said.

"Every aerodynamicist in every team I'm sure would argue - ours included - that they should be there.

"But if you look at the bigger picture and the aesthetics of Formula 1, it would be right to try to get rid of them."