Felipe Massa put Williams on top on the first morning of Formula 1's second pre-season test, coming within two hundredths of a second of the fastest time of the first week

The Brazilian's best lap of 1m19.726s came in the final half-hour of running, deposing the Red Bull of Daniel Ricciardo, which led the way for most of the morning at Barcelona.

Bottas was on ultra-softs when he set last week's quickest time in his Mercedes, with Massa's lap the fastest of testing so far on super-softs.

Ricciardo went off off at Turn 4 on his first ultra-soft run, but was able to return to the track in the final five minutes, posting a 1m19.900s to cement second.

Lewis Hamilton was third-fastest in the Mercedes - 0.730s slower than Massa, albeit using softs - followed by Sebastian Vettel's Ferrari on mediums.

It was Vettel who logged the most miles during the morning, the German racking up 80 laps, 13 more than Massa as the next best.

Hamilton, who spent some of the morning in the garage while Mercedes carried out adjustments on the front of the car, only managed 49. 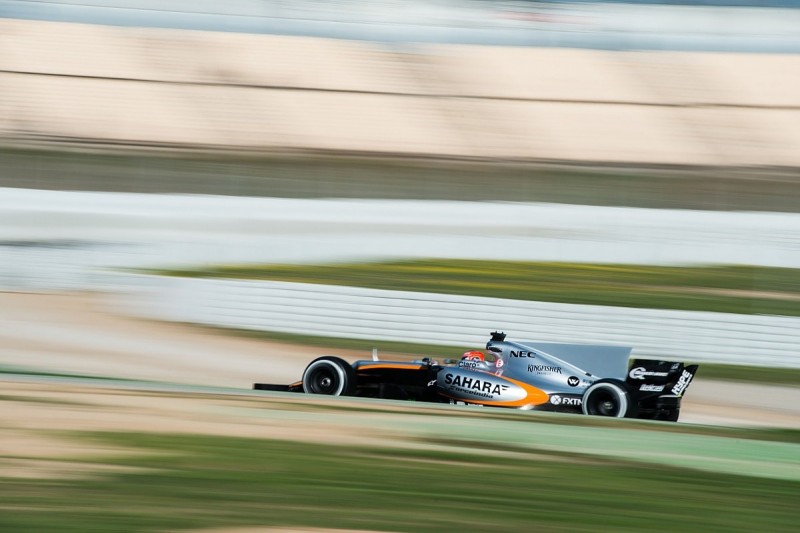 After losing the final day of last week's first test to a Renault power unit change, Toro Rosso's Daniil Kvyat logged 44 laps on his way to the seventh best time.

There was more drama for McLaren and Honda towards the end of the session, as another engine problem requiring a change limited Stoffel Vandoorne to just 34 laps.

The Belgian was eighth fastest, 2.972s off the pace set by Massa, using soft tyres.

On his first run in Sauber's C36 after missing the first test due to a back injury, Pascal Wehrlein was ninth, ahead of Jolyon Palmer.

Palmer's morning was curtailed by a sensor issue on the Renault RS17 after he had posted only 15 laps.