Red Bull convinced Mercedes will bounce back in F1

Red Bull is convinced that Mercedes can quickly recover from its difficult start to the new Formula 1 season to be a factor in the championship fight.

With Red Bull and Ferrari having been the strongest teams so far, Mercedes has found itself slightly adrift as it battles to overcome its porpoising problems.

But while some have already started to write off Mercedes' chances in the title battle, Red Bull motorsport advisor Helmut Marko has no doubts the German manufacturer remains a threat.

Speaking exclusively to the YouTube channel of Autosport's sister publication Formel1.de, Marko denied the early form pointed to the end of the Mercedes era in F1, like Red Bull itself faced after 2013.

"You have to distinguish between the two," he said. "The era after 2013 was determined the new engine regulations, and Mercedes had an incredible dominance in this field.

"They were up to two seconds ahead of everyone, but logically didn't show it. Now with the change of chassis, and engine-wise, the differences are not so big. Mercedes is no longer able to turn a knob and immediately stage a party.

"But the team is broadly positioned and it is also staffed with really top people in the chassis area.

"I'm fully convinced they'll be back if they get the bouncing under control. And Lewis Hamilton is nine points behind [Max] Verstappen, so that's nothing either. I don't think it's an end [of an era], but maybe it's a fight on the same level." 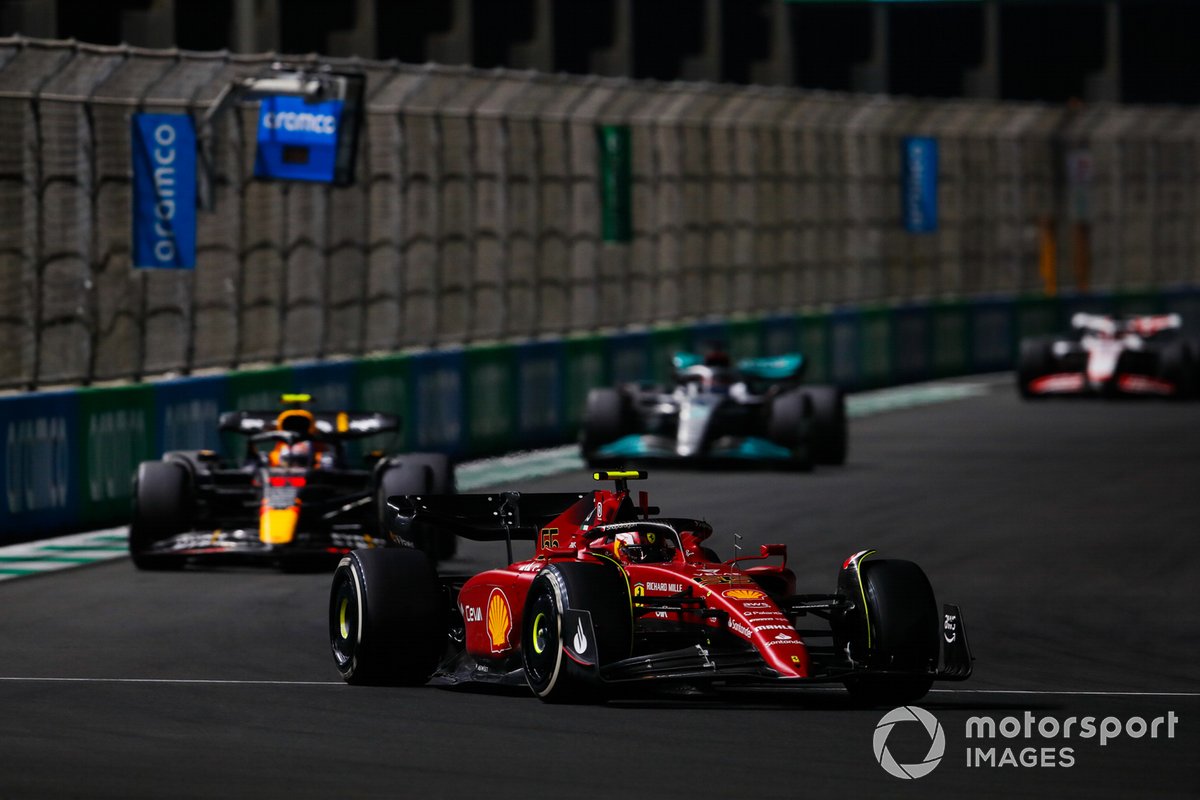 As well as Mercedes facing a struggle to get on top of problems with porpoising, the German manufacturer's power unit no longer appears to be the class of the field.

With Ferrari and Red Bull having made good gains on this front, Marko reckons the change in order could be the result of the move to more sustainable fuel in 2022.

"I don't know exactly why Mercedes has fallen behind," he said. "It must surely have something to do with the increase in synthetic fuel, which went from five to 10%."

Asked about Mercedes having expressed some confidence about the change of fuel, Marko replied: "Well, it wasn't a cinch for us, and not everything is the same. But of course, we don't have this detailed knowledge of the Mercedes.

"However, logic points to an explanation being connected with the fuel. And of course, when you have such a bloodletting, first of all Andy Cowell [departing], and then a good 50 people who are gone, the impact would actually be quite normal."

Pushed on whether or not the 50 people who left Mercedes were now with Red Bull, Marko said: "Something like that, yes."

Despite the need for DRS, are F1’s new rules working?