Red Bull says it is baffled by the “strange” shift in its tyre degradation over Formula 1’s Austrian Grand Prix that cost Max Verstappen a race victory.

After grabbing pole position in qualifying, and then taking a relatively straightforward win in the sprint race, the world champion had looked all set to run away with the main event at the Red Bull Ring.

But his challenge turned south when he suffered much worse tyre degradation than rival Ferrari at the start of the race – losing the lead to Charles Leclerc on lap 12 and pitting for an early stop just one tour later.

From there, Verstappen was always left on the back foot before eventually salvaging second behind Leclerc, having benefited when Carlos Sainz retired with an engine failure in the closing stages.

PLUS: How Leclerc beat Verstappen in Red Bull’s backyard after F1 sprint defeat

Red Bull was at a loss to explain the change in pace from Saturday to Sunday, especially as F1’s parc ferme rules mean that settings were identical, and the fact that it had appeared to be on top of tyre of degradation recently.

“Just one week ago at Silverstone we looked pretty decent on deg.

“I think the problem is these tyres are quite sensitive and, if you're not in the right window with them, then you can pay a penalty in terms of degradation, which a lot of teams did.” 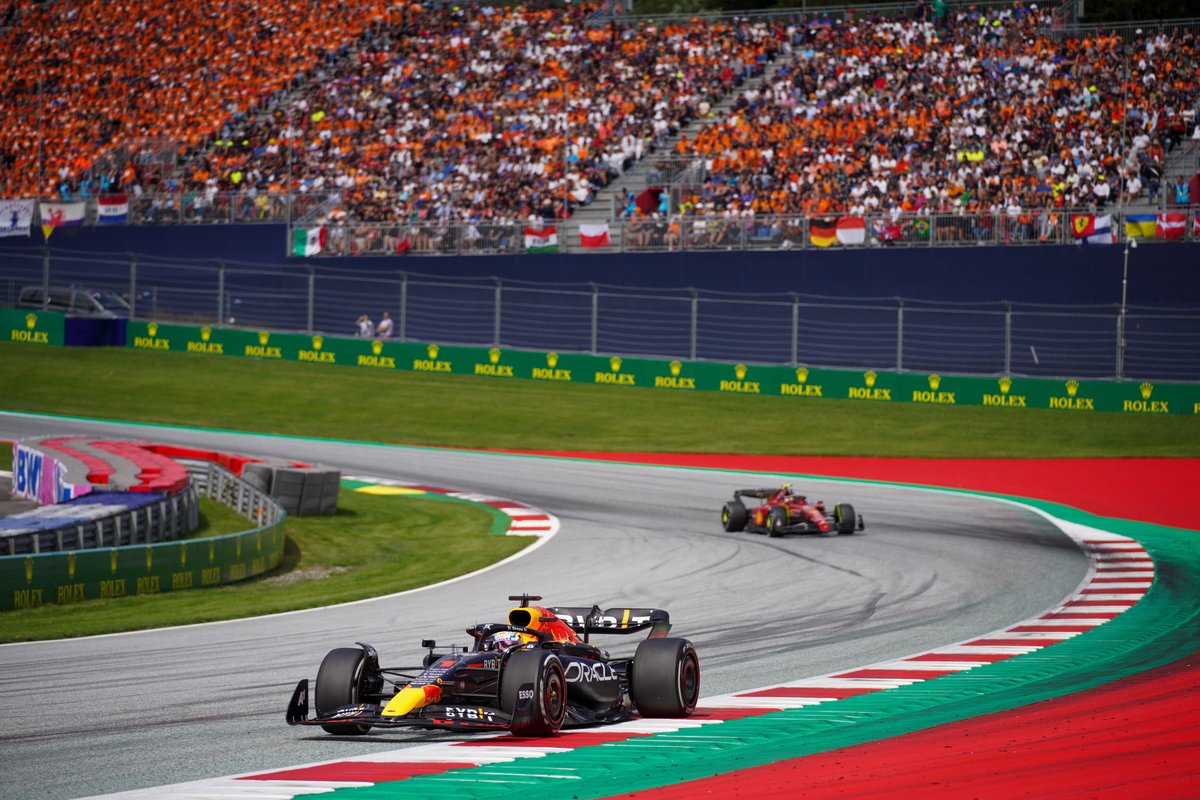 Horner says Red Bull will need to investigate what factors led to the change in form from being a match for Ferrari in the sprint to much worse in the grand prix itself.

“When you look at the sprint race, we pushed a bit harder at the beginning, paid a little bit at the end, but over the whole stint on our analysis, we were identical to that of Ferrari,” he said.

“The only thing that's changed overnight is the rain, the temperature slightly and of course the fuel loads.

“So we just need to understand why, in that first stint, our deg was significantly worse than Charles and Carlos.”

Ferrari suspects that the main difference between the sprint and the grand prix was that Leclerc was able to put Verstappen under more pressure on Sunday – meaning that the Dutchman was not able to manage his tyres in the way he would have liked.

Team principal Mattia Binotto said: “I don't think there is much pace difference between the two cars, if any.

“In terms of tyre degradation, I read into it that in the sprint I think we had a bit more advantage on tyres deg, which we transformed even more [in the grand prix] because we start putting pressure on Max since the very start.

“We forced him to have more pace and degrade more the tyres. So I think what we saw in the sprint was more obvious [in the race] because more pressure on Max.”