Kimi Raikkonen's clash with Nikita Mazepin in the pit lane during Sunday's Formula 1 Hungarian Grand Prix was caused by an issue with the Alfa Romeo's traffic light system.

Raikkonen clipped the front-right tyre of Mazepin's car while pulling away from his pit box when drivers pitted for slicks ahead of the race restart in Hungary, with the damage forcing the Haas driver to retire from the race.

The stewards quickly announced that they would be investigating the incident, and handed Raikkonen a 10-second time penalty for an unsafe pit release.

The penalty caused Raikkonen to fall back from eighth place after the race resumed to drop out of the points, only moving back up to P10 post-race after Sebastian Vettel was disqualified.

Alfa Romeo head of trackside engineering Xevi Pujolar explained after the race that the traffic light system used in the team's pit box had told Raikkonen to go by mistake, resulting in the contact.

"With Kimi, doing his pit stop when everyone was coming in at the same time, we had an issue with our traffic light system that it meant that it just didn't work well," Pujolar explained.

"He left when Mazepin was coming in, unfortunately. It just showed like green, red, green, and then for him it was green, but it should have stayed red. So our system didn't work properly."

"We were OK until the second start when we came in the pits, and I was released and I hit the other car, and I got penalised for that," Raikkonen added. 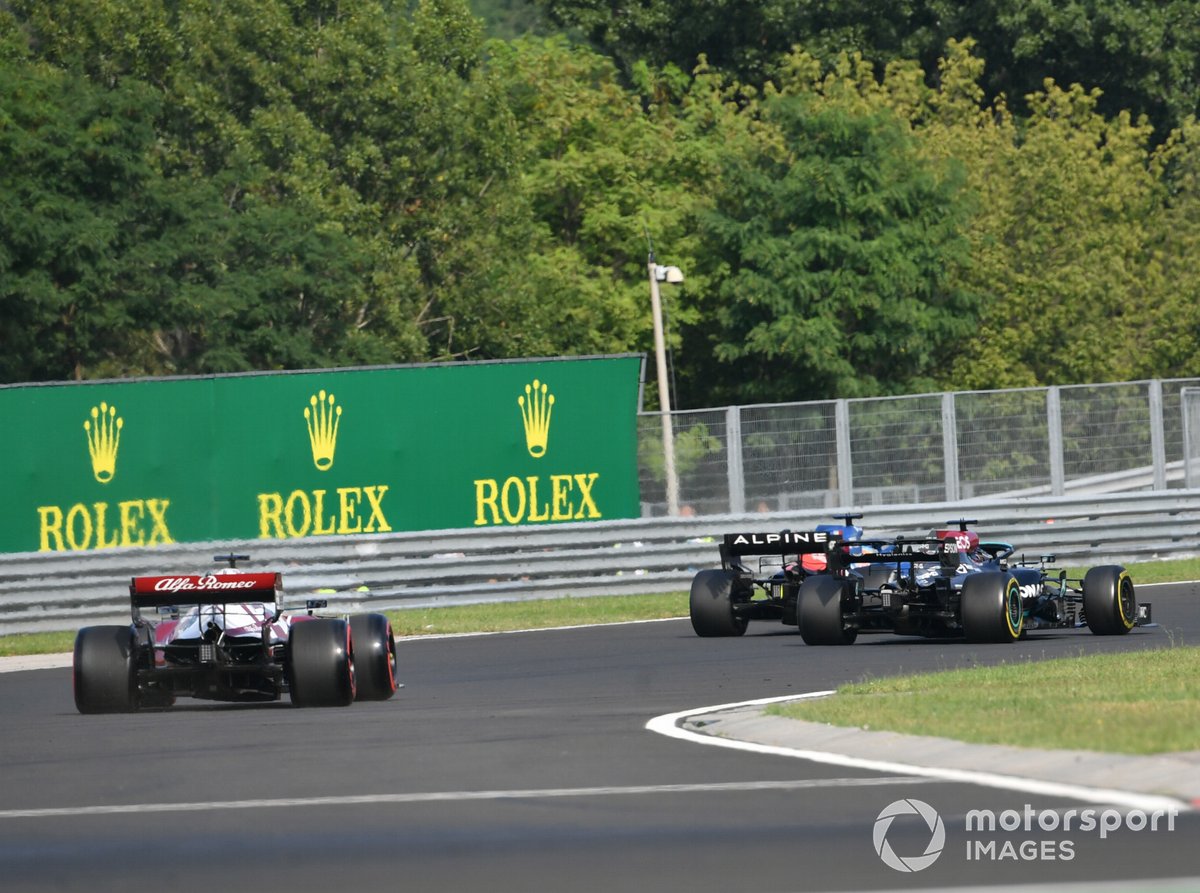 "From that point pretty much, our race was done. It's a shame, we were in a good position to score good points."

Raikkonen was not alone in landing an in-race penalty as teammate Antonio Giovinazzi was hit with a 10-second stop/go penalty for speeding in the pit lane.

The stewards noted in their post-race bulletin that Giovinazzi had been caught speeding at 105.6 km/h, far beyond the event limit of 80 km/h. The Italian driver was the last classified finisher in 13th.

The Hungary race weekend saw Alfa Romeo slip to ninth place in the constructors' championship as Williams finished seventh and eighth with its cars, picking up 10 points.

Pujolar was accepting of the penalties after the race, saying that Alfa Romeo had to "deal with it", but felt there was plenty of time to still catch Williams in the fight for P8 in the teams' standings.

"It would be better if we are ahead, but we have got many races to do yet," Pujolar said.

"I think if we qualify now, if we can put both cars in Q2 now this race, after the shutdown, we can do that probably. At one point, or on a few occasions, I think we can score points."