Raikkonen did not make his second pitstop until lap 39, 10 laps later than Max Verstappen and six laps after Daniel Ricciardo, who he finished two seconds behind in fifth place.

Having been only two seconds behind Ricciardo before the Australian pitted, Raikkonen emerged from his stop with a deficit of just over 14 seconds, and believes that Ferrari should have brought him much earlier.

"I had the feeling that we probably needed to stop at some point so I would rather do it earlier to get out of the traffic, the cars in front of me, but that didn't happen," said Raikkonen, who spent more than 20 laps stuck behind first Verstappen and then Ricciardo.

"That feeling got even stronger on my side but it took a while, the reasons behind it I don't know right now.

"It's easy to say afterwards. We should have done a better job out of it.

"After that it was pretty much race over. I caught up with the Red Bull but it was too late.

"The car was behaving pretty nicely with the new tyres, but we lost the front after a few laps and for sure we have some work to be done with the set-up to be happen all the time.

"The speed wasn't too bad, but not a great result." 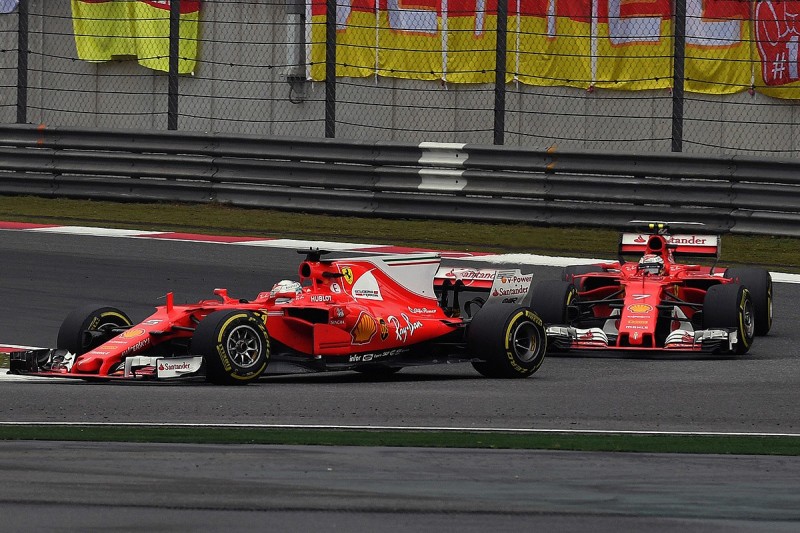 Raikkonen, who ran ahead of team-ate Sebastian Vettel early on before being passed, confirmed he had some problems related to engine settings during the race, which led to several complaints about a lack of power over the radio.

Having finished a distant fourth in the season-opening Australia Grand Prix, Raikkonen also believes the lack of running on Friday was particularly damaging as needs track time to solve his set-up problems.

"It was better here than it was last race, but the result shows we still have improvements to make in the set-up, but I think we know what we want to do," he said.

"The situation with the no running on Friday didn't make it any easier. There's a lot of potential but we just have to make a better job."