Racing Point was docked 15 constructors' championship points and handed a €400,000 fine on Friday after it was deemed to have used an illegal design process for its rear brake ducts on its 2020 car.

The team previously used brake ducts supplied by Mercedes when they were a non-listed part, but were required to design their own for the 2020 season.

Racing Point intends to appeal the FIA's ruling, while four rival teams are also planning similar action in pursuit of a harsher penalty.

The FIA stewards confirmed in their findings that Racing Point took delivery of a set of brake ducts from Mercedes on 6 January 2020, which had ceased to be non-listed parts six days earlier.

The stewards did not deem this to be a "significant breach" of the sporting regulations as "nothing in the transfer that had not been legitimately provided to Racing Point in 2019 under the then in force regulations".

However, the transfer is still understood to have raised concerns among rivals of both Racing Point and Mercedes given the transfer of a listed part took place between teams.

Asked by Autosport to explain why Racing Point received a part it already had knowledge of, team principal Otmar Szafnauer explained it intended to have the brake ducts as spares for pre-season testing. 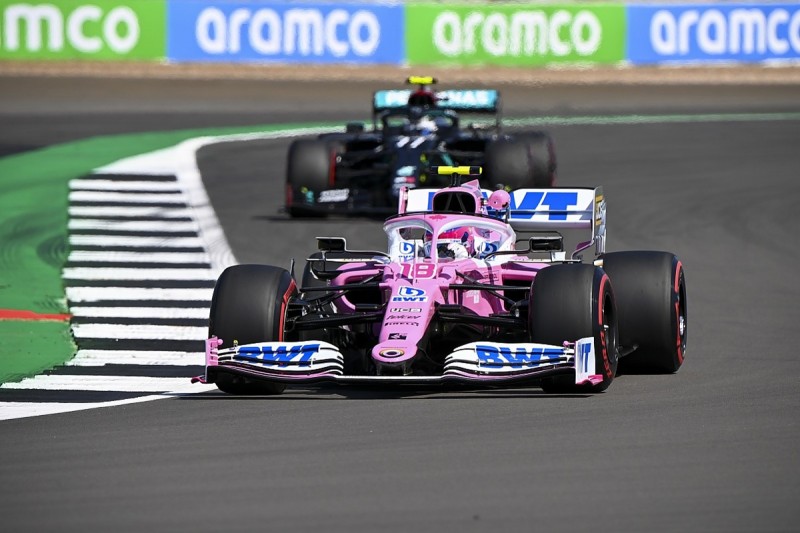 "The reason we got those parts in, we're unsure if the parts that we designed and manufactured for this year were going to be manufactured in time for winter practice, for February.

"So we received those parts as spares for parts to run in winter testing.

"Now as it turned out, we didn't need them at all, and our parts made it."

Mercedes team principal Toto Wolff called the transfer "totally irrelevant" as it had no bearing on the design of Racing Point's 2020 brake ducts.

"Everybody knows that in Formula 1, you produce your brake duct or any part based on drawings, based on cut designs, based on your own development," Wolff said.

"Racing Point brake drums were already long time before the end of the year, the brake ducts were supplied to help them out for winter testing, because their parts weren't ready.

"It had no effect at all any more on the design of their ducts. It's clearly stated by the FIA in their 10- or 12-page long verdict that it was not material."

The stewards did, however, note that "the recent change of status of the brake ducts as listed parts further argues that censure or penalisation is not appropriate on this point."

F1 70th Anniversary GP: What time does the race start, how to watch & more

Ferrari: It is our "duty" to support struggling Vettel