Although the Italian tyre manufacturer has a deal to continue in F1, it is growing increasingly frustrated about the lack of assistance it is being given in preparing for the challenge of next year's regulations.

It had hoped that the matter would get resolved at this week's Strategy Group meeting, but it appears that no solution to help on the testing front was forthcoming.

With Pirelli under no illusions about how difficult it will be to ensure its products are able to cope with the high torque demands of next year's power units, it says it cannot accept only getting to run again at next year's official first test in Jerez.

Pirelli chairman Marco Tronchetti Provera recently indicated that he would be prepared to pull his company out of F1 if testing did not happen before Jerez, and its motorsport director Paul Hembery made it clear in India on Friday that the situation was now critical.

When asked by AUTOSPORT about the latest developments, Pirelli motorsport director Paul Hembery said: "Based on the comments of our chairman a few weeks ago, there has to be some running or we cannot do the tyres.

"We just want some common sense on the issue - that is all we would like. We have to do some testing. If we cannot, then we will not be able to provide the tyres for next year."

Sources suggest that high-level meetings at Pirelli in the last few weeks have discussed the lack of testing issue, and that some senior figures claim the situation is unacceptable.

The fear is that Pirelli's lack of preparation could risk it facing problems at the start of next year in adapting to the new cars, which could compromise its image after a season when its products have already faced criticisms. 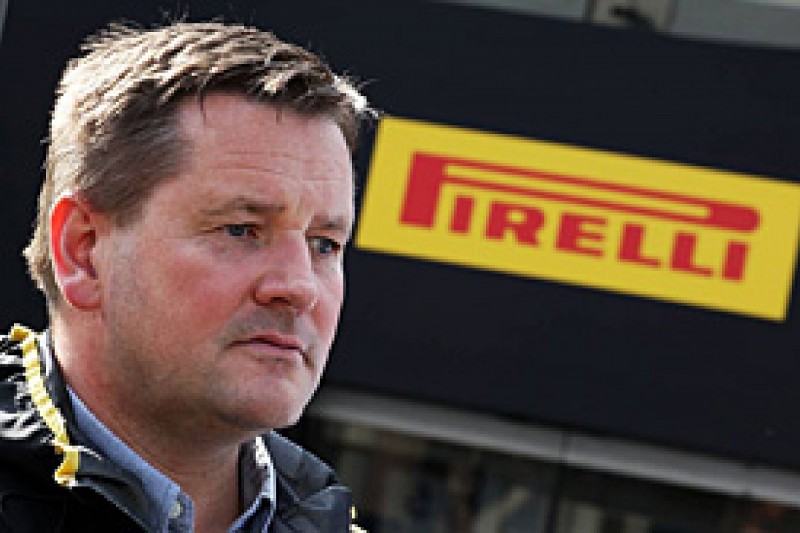 Hembery said discussions with teams were ongoing, and it was not too late for the outfits to try to come to an agreement that would appease Pirelli's concerns.

"We don't need a lot of testing," he said. "The tyre structures we are not worried about, but in terms of the compounds there are some conceptual changes that we have to try out.

"Ideally we want a 2014 car as soon as possible, but the teams are all struggling to get ready for Jerez. We want the best of the rest if you like - which could mean a current or even a car from 2011."

Should Pirelli pull the trigger and quit F1, then it could leave the sport facing a difficult time in trying to secure a fresh tyre supplier for 2014.

Michelin has indicated in recent months that it was interested in a return to F1, but the current timescale may make it too late for it to step in if it is required.