Pirelli says Mercedes' form in the Hungarian Grand Prix had nothing to do with the new tyres introduced, but rather with something the team has done

Lewis Hamilton took a commanding first victory with Mercedes in Hungary, despite the heat being expected to cause headaches to a team that has struggled with degradation in the past.

Pirelli switched to its 2012 design for the construction of the tyres, but motorsport boss Paul Hembery does not believe that change was responsible for Mercedes' improved form.

"[It's] something they have done," said Hembery.

"We were looking at race [and] just waiting, thinking at some stage it would be a problem, but it wasn't.

"It was a surprise to us. It was hot for everybody, everyone was suffering. 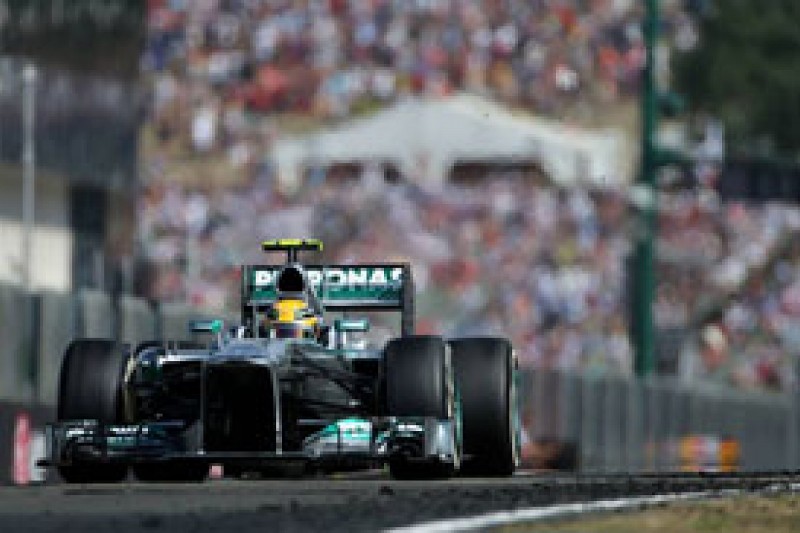 Hembery said it was only a matter of time before Mercedes solved its problems and was able to replicate in the races what it has shown in qualifying.

The team has been on pole seven times this year, but has only won three races.

"They obviously have a lot of pace, as soon as everything clicks they were going to be a very competitive act," added Hembery.

"In Hungary it worked and we will see how they go in Spa.

"If they do get that consistency with the pace they have shown then they will be a major competitor."