Pirelli Formula 1 boss Mario Isola has rejected "rumours" he has heard about teams not being supplied enough tyres for testing, citing good weather and reliability for unusually high mileage

Teams have been limited to 40 sets of slick tyres per test since the number of pre-season tests was reduced from three to two in 2016, a decision made by the FIA and not F1's tyre supplier.

That led to some teams claiming their programmes being limited by the number of tyres they had available.

"I heard some comments, rumours about some teams not happy about the number of sets available for testing," said Isola.

"In proportion, it's the same number of sets they've had for the last 10 years, probably.

"Obviously this year with these good weather conditions and with the cars that are very reliable, all the teams had the opportunity to run a lot more than in the past.

"But I don't think that the number of sets is not enough."

The teams' tally of 25,279 miles is particularly impressive considering Williams missed two and a half days of running.

It is only a few hundred miles shy of the two biggest totals since the V6 turbo-hybrid era began: nine teams completed 25,563 miles across three tests in 2015, while 11 teams managed 25,829 over the two '16 pre-season tests.

Tyre use is therefore more of a stretch for the teams, which have 20 sets fewer than in 2014 and '15 despite matching or exceeding the mileage.

But Isola is adamant the tyre allocation is still enough for the teams to get ready for the new season.

He explained that with two sets of prototype tyres for each test, plus an additional set of the softest-compound tyres that was made available to everybody, the teams had 85 sets of slick tyres for the two tests.

Teams were allowed to carry over 10 sets from the opening test, although not all of these available extra tyres were nominated for test two.

Isola claimed that the minimum number of sets of tyres available to a team on the final day of testing was 12, with the highest being 21. 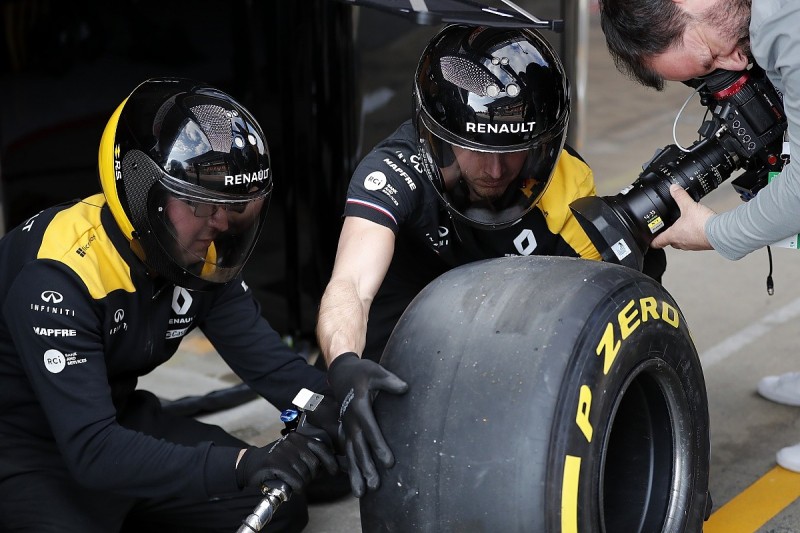 "Consider that they are also running a lot of race simulations, and you run a lot of kilometres with the same sets of tyres.

"Obviously you need a higher number of sets when you make a qualifying simulation.

"I feel they are not running out of sets of tyres, honestly."

Isola said it was also significant that teams had complete freedom of choice with their selection of available compounds for testing.

He also noted that the motivation behind the FIA's limitation of tyres was to "avoid a huge escalation of cost".

Honda's F1 engine packaging is 'a bit too aggressive' for 2019