© 2021 Motorsport Network. All rights reserved.
TV Tickets Fashion Giorgio Piola Jobs
Previous / Save us from ourselves, Formula 1 teams tell Liberty's Chase Carey Next / Why is the best-prepared rookie since Hamilton struggling?
Formula 1 News

Pirelli has assured Formula 1 drivers it is looking at making its tyres softer for 2018, following talks about its future development direction over the Spanish Grand Prix weekend

At Barcelona, F1 drivers used their regular Friday night briefing with the FIA to discuss their views on the 2017 rubber with Pirelli's F1 racing manager Mario Isola.

While one of the main items drivers raised was a push to avoid the current hard tyre being brought to further races this season, there were also talks about what Pirelli should prioritise for 2018.

Isola said that the discussions had been positive and that there was a consensus that Pirelli had been too conservative with its choices for this year, which had been based around uncertainty about just how quick 2017's F1 cars would be.

"I have to say it was a very, very positive meeting.

"We also exchanged a lot of ideas, also beyond just the tyres.

"Plus most of the drivers were involved, because sometimes there are silent drivers [in these meetings], but all the top drivers were talking with interesting ideas." 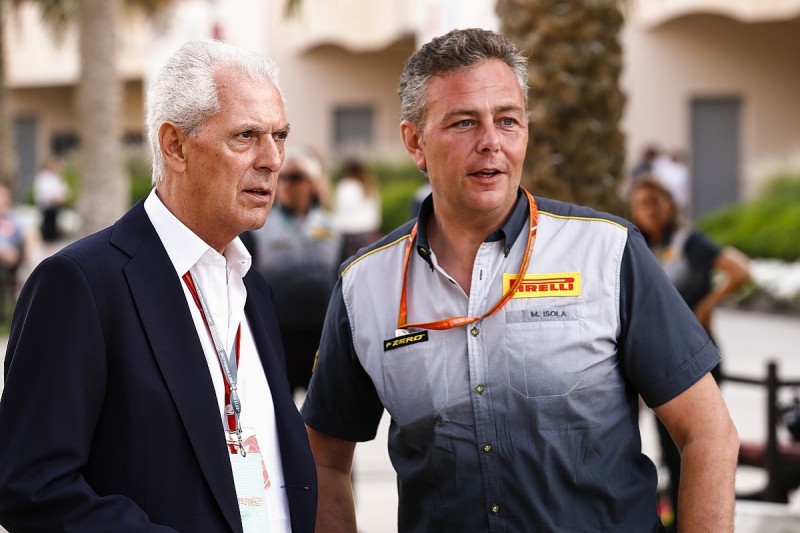 While Isola think it too early in the development race to commit to a set plan for 2018, he thinks it important that Pirelli improves in lots of areas next year - and possibly goes one step softer with its compound choices.

"In general everybody has the feeling that we are probably one step harder than we need to be, but don't forget the rate of development of the cars will be huge, and we have to wait a little bit before taking decisions on the future," he said.

"But the focus for now is more on the construction, because it is the first part of the product to freeze. Then after that we will start developing new compounds.

"But the final decision will be later in the year when we have some indication coming from other circuits like Spa, Suzuka and Sepang."

Isola reckons one of the key targets for 2018 must be ensuring the gap between compounds was much more uniform.

"For next year we need a medium that is a bit quicker, closer to the soft, and a hard that is one step on the side of softer compounds, so we have to move a little bit the range," he said.

Why is the best-prepared rookie since Hamilton struggling?