Pirelli wants to expand its 2017 tyre-testing programme to conduct additional work on its wet rubber, but will have to use two-year-old Formula 1 cars with significantly less downforce

F1's tyre supplier has already built four days of wet-tyre running - at Paul Ricard with Red Bull on May 31/June 1 and at Magny-Cours with McLaren on July 19-20 - into its 25-day testing schedule with the 2017 cars.

The only way Pirelli can go beyond 25 days is by using older cars, and this week F1's Strategy Group agreed it could do so to get extra wet-tyre running.

Pirelli is now talking to teams about availability of 2015 cars.

Its F1 boss Mario Isola said Pirelli is convinced the running will be worthwhile despite the cars having the previous smaller rim sizes and much lower downforce.

"We believe that we can have a few additional sessions for wets and intermediates, where we can test some ideas on previous cars and older sizes," Isola told Autosport.

"Of course we have some baselines, so we can compare the new ideas to the baselines, and have some indication for the development of the current sizes." 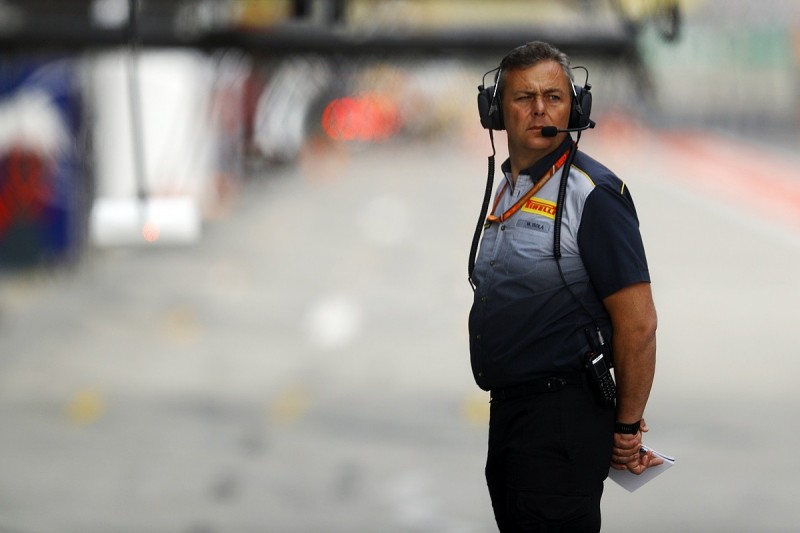 Isola acknowledged that there was some compromise involved.

"The idea is to test something on the previous cars to give us a direction, and then to reduce the number of options on the current cars.

Isola said all the teams have been given the opportunity to provide a car, with the full costs of the sessions paid by Pirelli.

"At the moment we are in discussion with all of them," he said.

"We offered this opportunity to all the teams, and we'll see who is available. It is a busy season for everybody, so it is not easy to find the availability of the teams.

"We know that in general they are always supportive and trying to help, and I'm confident that we can find a couple of teams to help us with these additional sessions.

"I think by Barcelona we will have some ideas on who is available to provide a car."