Formula 1 tyre supplier Pirelli doubts Lewis Hamilton would have made it to the end of the Turkish Grand Prix on his original used set of inters.

Hamilton had staged a recovery from 11th on the grid to challenge for a podium finish in the wet Istanbul race, when his main rivals elected to stop for fresh intermediate rubber.

With the older tyres holding up well at that point, Hamilton elected to push on and ignore a call from his Mercedes pits to come in for a change.

However, the move ultimately backfired because the pace of the used tyres started to fall away and Hamilton had to make a late change in the end.

That dropped him out of podium contention and he eventually finished a frustrated fifth.

The strategy call prompted debate afterwards about whether or not Hamilton could have made it to the end of the race without a stop, just as Alpine’s Esteban Ocon did as he came home in 10th.

However, Pirelli’s head of F1 and car racing Mario Isola thinks there was little hope of Hamilton having got that far.

“Looking at the tyres after the race, I would say no, or at least it was really at the limit,” Isola told Sky.

“The wear of the tyres, especially at the end of the race, [meant it] was running basically on the construction.

“It is a bit dangerous to push the boundaries like that, but I fully understand that in race conditions they have to maximise the result.”

Asked about how Ocon was able to make it, Isola reckoned that wear was not identical on all cars – and that others who had stopped late on were left with tyres that were past their best. 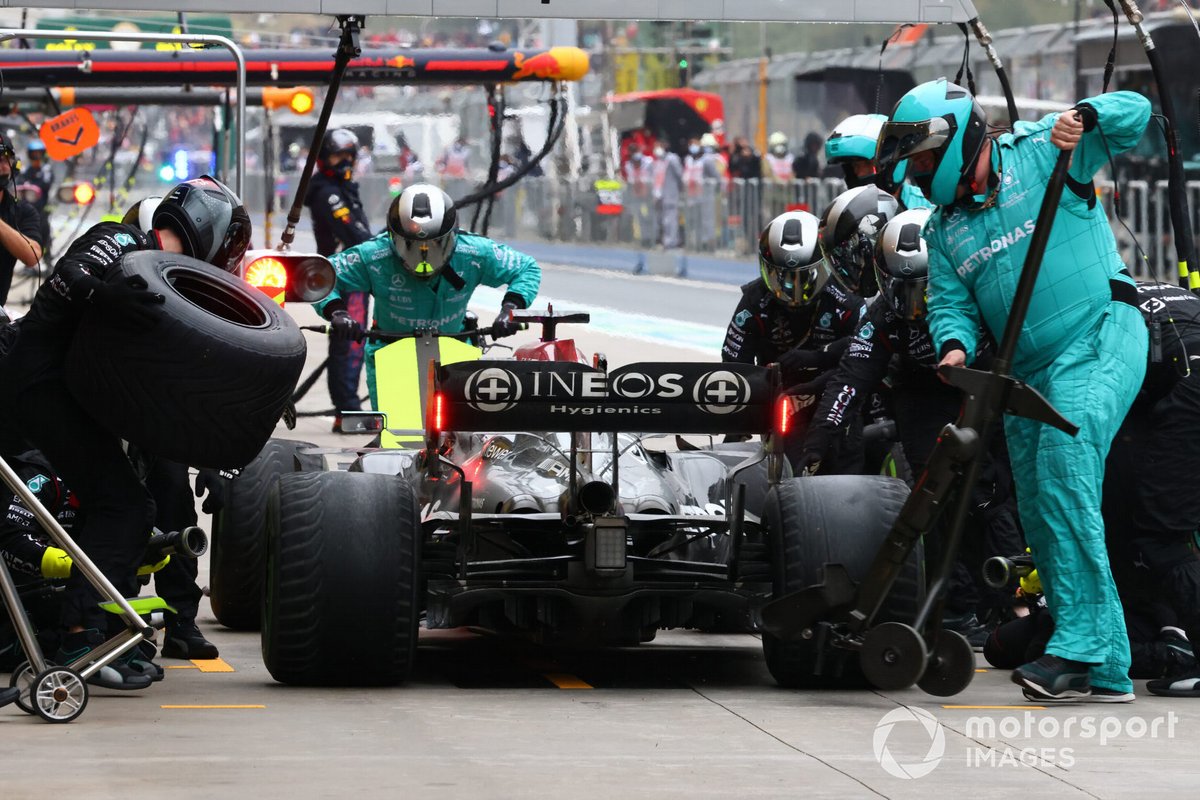 “On most of the cars that stopped after lap 47 or 48, they were completely finished,” he said.

“We know that with the new tarmac, that it is more abrasive and has more grip compared to last year, and the track was not dry but still abrasive. So it was really, really at the limit.

“I was suggesting to our Pirelli engineers to warn the teams to change the tyres, and to not go to the end because it was a very risky move.”

Hamilton himself took to social media on Monday to take responsibility in going for the gamble and trying to stay out on the user tyres.

“It isn’t true to say I’m furious with my team,” he wrote on Instagram.

“As a team we work hard to build the best strategy possible but, as the race progresses, you have to make split decisions [and] there are so many factors constantly changing.

“Yesterday we took the risk to stay out, hoping it would dry. It didn’t. I wanted to risk it and try and go to the end, but it was my call to stay out and it didn’t work. In the end we did pit and it was the safest thing to do.”