Pirelli: 18-inch F1 tyres have to be driven in “different way”

Pirelli Formula 1 boss Mario Isola has acknowledged that the new 18-inch tyres for 2022 have to be driven “in a different way.”

Isola said that a stronger rear tyre encourages understeer, and admitted that it’s easier to lock the fronts than it was last year.

He agreed that the 2022 cars are trickier to drive in slower corners.

“These tyres are different, you have to drive them in a different way,” Isola said in an interview with F1 TV.

“Probably they have to use a lot more the straight line traction compared to the combined traction, because of these characteristics of the rear tyre. I believe the drivers are quite good in adapting to the new situation quickly.

“Something they are working on is this difference of balance between high-speed and low-speed. In the high-speed most of the teams are saying that the cars are quite well balanced. So they can push a lot in high speed.

“But in low speed they generate this sliding that could be front or rear, depending on the balance, the set-up that you make to the car.

"This is a learning process that we see every time there is something completely new like this year."

"Consider that they have less downforce in low-speed corners. So they have a bit of understeer that is generated by the stronger rear tyre [as seen] in Barcelona and also in Abu Dhabi last year with the mule cars. 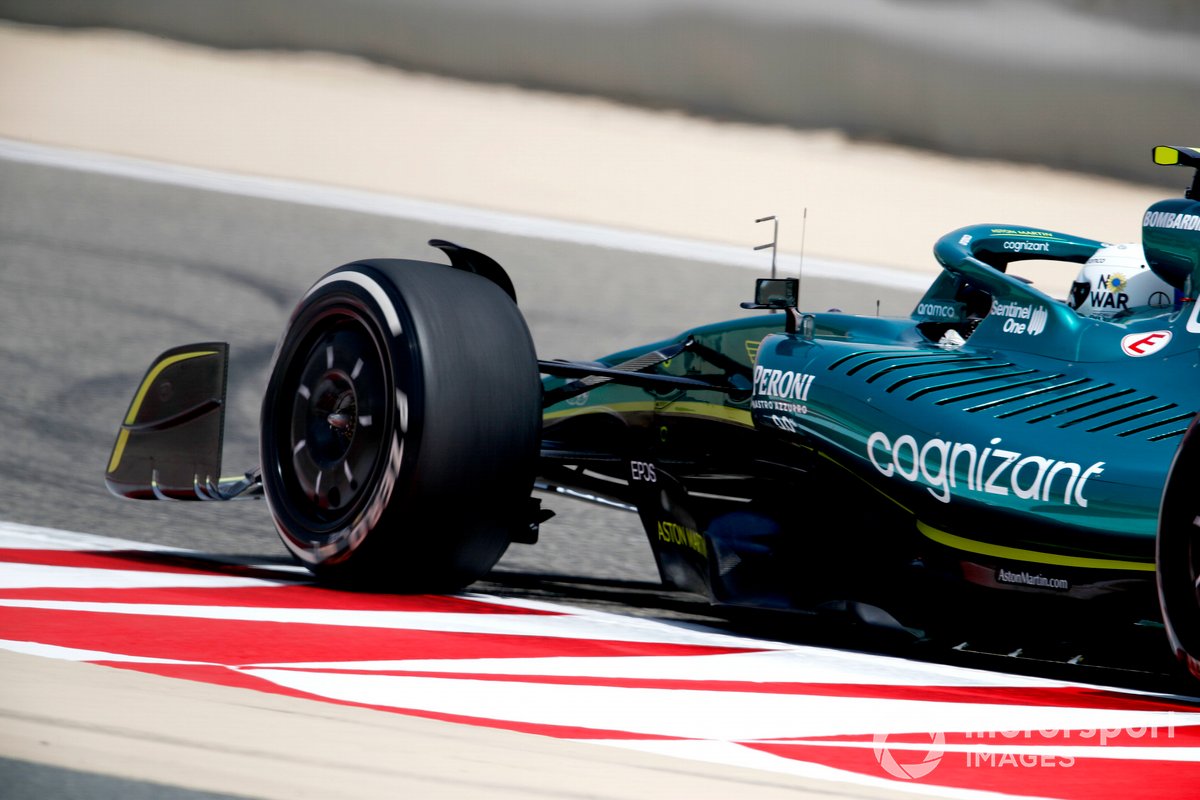 “They reported that the rear tyre is quite strong, and pushing quite a lot the front. So with the mule cars, they had some understeer, and they have been able to correct it with the new cars in Barcelona.”

He added: "Front locking was not completely unexpected, honestly, because the cars are stiffer, they have to run very close to the track to generate the downforce.

“In addition in Barcelona we had this effect this porpoising that was making their life difficult more difficult in the braking point.

“Obviously, when you are in a car that is moving, the risk is to lock the tyres, and then it’s difficult to generate the rotation again. So front locking is something that they have to learn how to manage.”

Isola said that Pirelli and the teams will gain a lot of information about the new tyres in Bahrain this week as the environment is very different compared to the first test.

“It's interesting here, because we have completely different conditions compared to Barcelona,” he said.

“The track layout, track roughness, and the weather conditions are the opposite. So basically, we can get useful information from these three days of testing.

“In Barcelona, we confirmed that the drivers can push more on tyres. I believe that we suffer more from overheating here because of the conditions, and they are running during the day, in the hottest part of the day. So that's something we have to consider is different from the race weekend.

“And in terms of performance, we need to wait a little bit to understand the delta uptime and degradation.

“The first test, there were a lot focused on the new cars more than the tyres, I believe that will be focused on tyres and behaviour of the tyres [on Friday] and during the last day.

“I'm expecting more complaints about overheating here, because as I said of the characteristics of the circuit, but I'm still convinced that the product is a step in the right direction.”