Mercedes boss Toto Wolff admitted his team was "deflated" after Sebastian Vettel's comfortable victory in the Belgian Grand Prix, despite upgrades to chassis and engine.

Ferrari supplier Shell brought a new fuel to Spa, worth 20% of performance gains in Ferrari's own engine update for that race, increasing pressure on Petronas to respond.

Andy Holmes, Petronas' head of group research and technology, said traditional avenues of fuel and lubricant development have already been exhausted, so more radical concepts are now being chased.

"For us, what is critical at the moment is a pipeline of new ideas, new chemistries, and tuning the fuel properties to meet the challenges that are coming," he told Autosport in an exclusive interview at Petronas' Turin research facility ahead of the Italian Grand Prix.

"So, the pressure is on us. That increasingly takes us in the direction of new chemistries.

"We are increasing our investment and innovation, looking to develop new components and new fluids that can keep giving us incremental gains.

"We think it is tough, but the reason we are in it is because we think those gains can be made."

Although Petronas employs highly skilled scientists, the company is also turning to universities for extra ideas that could help make a breakthrough.

Eric Holthusen, Petronas' chief technology officer, said: "If you look into universities, a lot of research is done without the pressure that industries put on their own development teams.

"Andy and I are constantly under pressure and whatever we do we are asked: 'What is the value to the business?' - if you are at university you have a lot more freedom and you can play with new chemistries.

"We need to make sure we understand what is happening in universities. And if we see something that is promising, ensure that we are part of the gang." 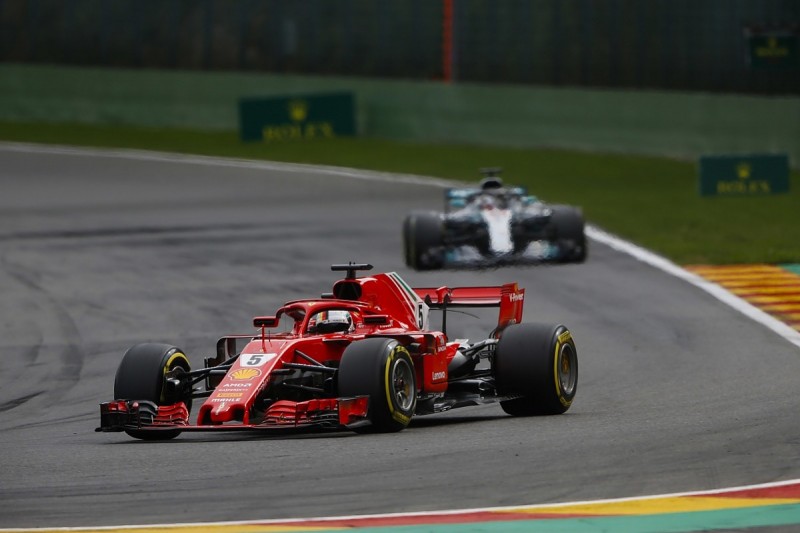 Although Ferrari's form in Belgium gave Mercedes cause for concern regarding relative engine performance, the team is not convinced its rival is that far ahead.

Geoff Willis, who is now what Mercedes calls its director of digital engineering transformation, told Autosport that tyre performance was a more critical element in Belgium, where Lewis Hamilton suffered rear blistering.

"If you look at the gaps we are seeing, a lot of them are dominated by tyre characteristics," he said.

"Clearly with the two top runners, they are neck and neck on power.

"They [the engines] have got different characteristics and different deployment potential around the circuits.

"The cars do behave differently and there is quite a lot of noise on the [data] signal.

"But if you take the underlying relative performance of the two cars in terms of who has got the upper hand, it is quite tricky to say at the moment."

Ferrari: Mercedes not used to this much pressure in F1 title fight

Is F1 heading towards a 'servant' team future?