Red Bull's Sergio Perez set the fastest time on the third and final morning of Formula 1 pre-season testing in Bahrain, with most teams concentrating on longer runs.

Sunday morning's four-hour session was largely trouble-free, which allowed most teams to rack up a substantial number of laps at the Bahrain International Circuit.

Ferrari's Charles Leclerc fired off a 1m30.486 lap on mediums 20 minutes into the session, which set the tone for a busy start as teams tried to make the most of their last 2021 pre-season test day.

Most teams managed to complete well over a full grand prix distance, including Williams driver George Russell who made his first appearance of 2021.

Some 90 minutes into the session, Red Bull driver Perez was the first to approach Leclerc's early lap time, jumping to second with a 1m30.927s on hard tyres at the expense of Pierre Gasly.

After two hours McLaren's Lando Norris briefly took over second with a 1m30.737s on the hard compound, which prompted a 1m30.543s response from Perez on mediums. 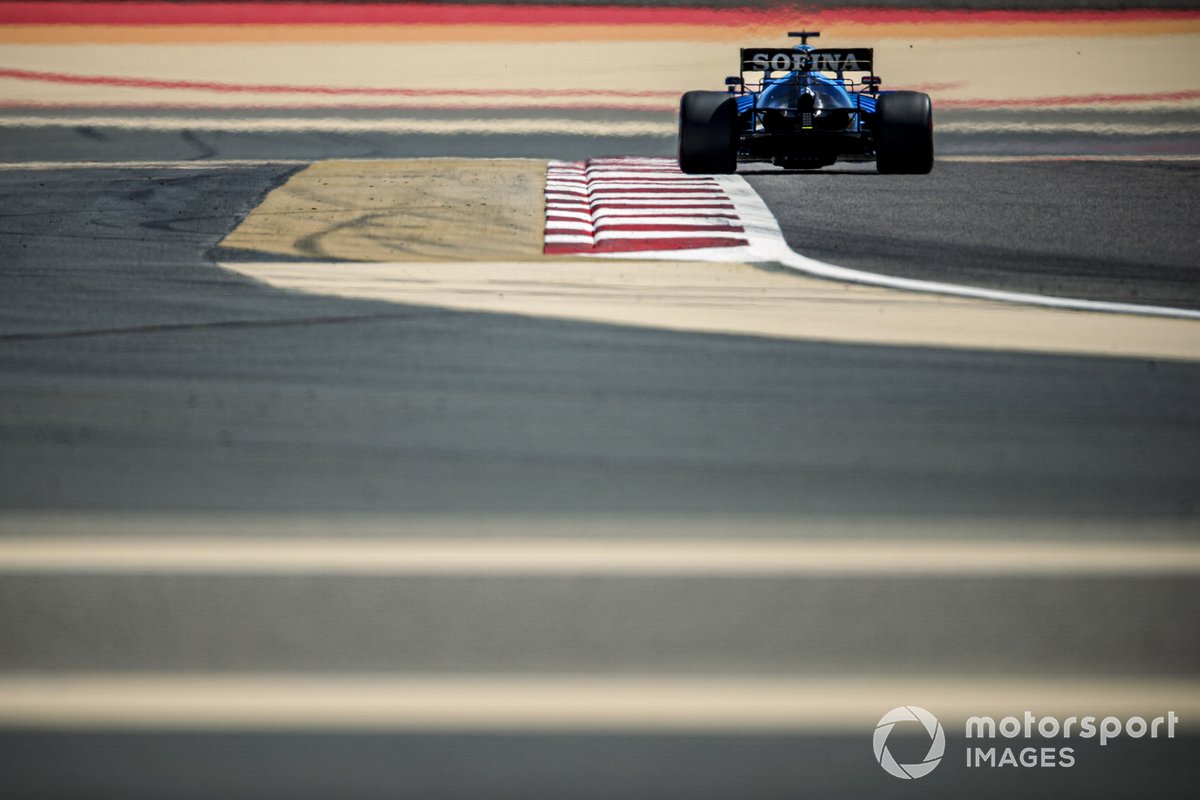 With few personal bests in the final hour, Perez stayed on top until the customary red flag five minutes before the end, which allowed teams to perform practice starts.

Perez, who at 48 laps covered the least distance of all ten runners, was three tenths clear of Leclerc and nearly half a second up on Norris' 1m30.661s.

Gasly was fourth for AlphaTauri with a 1m30.828s on softs, followed by Alpine's Esteban Ocon and Haas rookie Mick Schumacher.

Russell ended his first session in the 2021 Williams in eighth, followed by Alfa Romeo veteran Kimi Raikkonen and Aston Martin's Lance Stroll, neither of whom opted to set a competitive lap time.

Raikkonen did comfortably lead the lap charts by amassing a total of 91 laps in the new Alfa Romeo with an updated Ferrari engine.

After lunch, teams will get another four hours of track time at Sakhir to bring 2021 pre-season testing to a close, with the season-opening Bahrain Grand Prix to follow on 28 March at the same venue.