Sergio Perez feels it is taking him “a bit too long to get up to speed” on Formula 1 race weekends due to the reduced track time this year.

Perez was signed by Red Bull to partner Max Verstappen for this season after his exit from Racing Point, becoming the fourth different driver in the team’s second seat in as many years.

Perez said before the season began that he expected to take four or five races to get up to speed, and has scored less than half as many points as Verstappen so far.

A difficult weekend in Spain saw Perez qualify eighth before recovering to fifth in the race, but he finished 48 seconds off Verstappen, who took his fourth podium in a row.

Perez explained after the race that the lack of track time has left him only feeling fully confident by the end of the weekend. Friday’s two F1 practice sessions have been cut from 90 minutes to 60 minutes each, giving drivers an hour’s less track time each weekend.

“Every time I get to the end of the weekend, I'm like, ‘I wish we can just start it now’. [With] how limited track time is these days, it's very hard to get up to speed.

“But I think this weekend was a particular one from yesterday, not being able to be at my 100%, it's a big difference.

“So yeah, I’ll just forget this one and go back again in Monaco, learn from what we've done and hopefully come back stronger.” 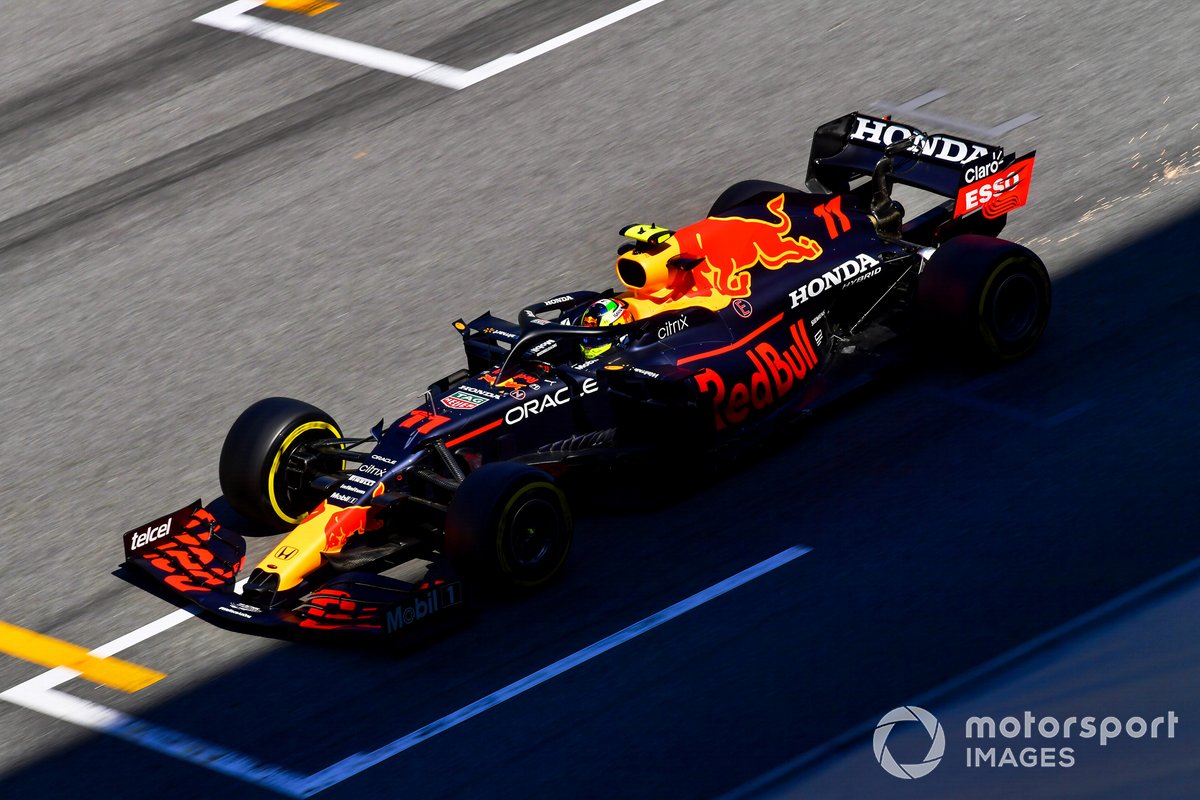 Perez is yet to finish a race any higher than fourth this year, and although he was able to qualify second at Imola, he downplayed it being a sign that he had unlocked the full performance of the Red Bull RB16B yet.

Perez said that he wanted to keep making progress so he could string a full weekend together and hit the ground running, cutting down the time it takes him to get up to speed.

“It’s important to keep making those steps and put the whole weekend together,” Perez said.

“It just takes me a bit too long to get up to speed. When we went to a new circuit, the full Friday, I'm adapting my style. So I'm not there with the car yet.

“You see that things are coming, but not together. But I think once we are able to put them together, definitely we have the pace to be able to go pretty quick.”

Since Daniel Ricciardo’s exit from the team at the end of 2018, the second Red Bull driver has scored just two podium finishes, both coming courtesy of Albon last year. By comparison, Verstappen has picked up 34 podiums in the same period.

Asked what he could learn from comparing his data to Verstappen’s, Perez was hopeful it would show him how to adjust his driving style to get the most out of the car.

“[It can show] how to drive the car, really, and how to get the maximum out of it, and how to adapt myself to a driving style,” Perez said.

“That’s the thing that I'm working on the most. And every circuit is different. It’s not like you learn something here and it will work in Monaco.”