The Mexican had faced the risk of being left on the F1 sidelines this year after his former Racing Point team elected to terminate his contract and replace him with Sebastian Vettel.

However, a strong finish to the 2020 campaign helped earn him a surprise call up at Red Bull on a one-year deal to race alongside Max Verstappen.

Although he is aware that he may not have a long-term future at the Milton Keynes-based team, he still senses the campaign ahead can boost his chances of securing good drives elsewhere.

"I see it as an opportunity to deliver to my potential, having a top car and a top team," he said. "It's an opportunity that will definitely open many doors. We'll see what happens afterwards.

"I have to make sure that I do the same as in the past, to deliver to the maximum, make the most of any opportunity I'm given, and just enjoy."

Perez only signed his Red Bull contract in December so has had no choice other than to throw himself fully into learning all he needs ahead of the new season. 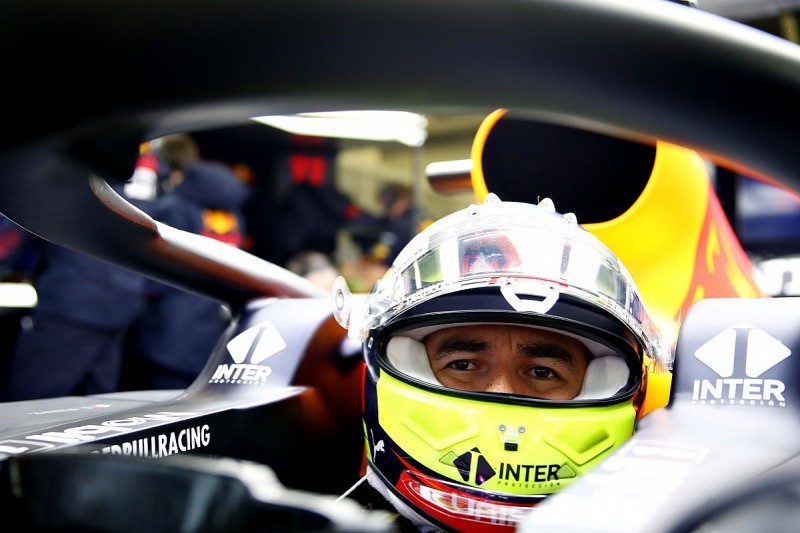 However, while it has been a hectic winter for him, he thinks it is a hugely valuable experience for him.

"It's been very hectic," he said. "Once I got the contract done, it was very late in the year, but the motivation was extremely high. I basically haven't had a holiday.

"I've been working flat out on my fitness trying to be as ready as possible, with the engineers at the factory, backwards and forwards, spending the time on the things that matter to try and be up to speed as soon as I get into the Bahrain test.

"It's a new challenge. There's new people to meet, new ways of working, and new techniques. You just need to open your mind a lot more when you change teams and when you do things differently. So it's a massive opportunity also as a driver to grow in all aspects."

Red Bull team boss Christian Horner says he has been impressed with Perez's attitude so far, as the Mexican has embraced the chance he has with the team.

"I think for Checo, after having driven for one team for so long, inevitably, there's going to be quite a lot of differences even just in procedure, in the way that we operate," said Horner, who saw Perez get his first laps in a Red Bull car at Silverstone earlier this week.

"So any mileage that we've been able to give him is of huge value as he gets to know his new engineering team, how the mechanics work, how our meetings work, and what's required of him as a Red Bull driver.

"I think he's settling in very well. Obviously, he's been around for a while and he's a popular member in the paddock. And I think that you can see why.

"He's an easy guy to get along with. He's doing all his homework, he's been working hard over the winter, and he's really grabbing this opportunity with both hands."