Sergio Perez believes Force India team-mate Nico Hulkenberg is one of the "three best" Formula 1 drivers on the grid, and the strongest team-mate he's faced in his own career

Japanese racer Kamui Kobayashi was team-mate to Perez in the Mexican's first two F1 seasons at Sauber in 2011 and '12, before Perez left to join 2009 world champion Jenson Button at McLaren in 2013.

Following a troubled stint at Woking, Perez has spent the past two years rebuilding his career at Force India, alongside former Williams and Sauber driver Hulkenberg.

Hulkenberg has won the intra-team qualifying battle with Perez in each of their two campaigns together, but this year finished 20 points and one place behind the Mexican, who was ninth in the world championship.

The German has started 94 grands prix without finishing on the podium, and has yet to drive for one of F1's leading teams, but Perez reckons he is a more difficult team-mate to beat than 15-time race winner Button.

"Definitely I have learned a lot from Nico," Perez told Autosport.

"He's been my strongest team-mate I've had in my whole career - a very strong driver.

"I definitely would put him among the three best drivers on the grid.

Force India reckons the combination of Hulkenberg and Perez has been instrumental in the team's rise to finishing a best ever fifth in the constructors' championship in 2015.

Chief engineer Tom McCullough, who joined the squad from Sauber for the 2014 season, said the contrast in the two drivers' natural styles has allowed each to learn from the other, and that increasing competition between the pair is pushing the entire team to new heights.

"We know how good they are - we can go into a session and if one of them is half a second off the other we know it's probably because there's something wrong with the car," McCullough told Autosport.

"The drivers are so close. That helps us operate as a team, because when you've got one driver who is always a solid five-to-seven tenths off, then the driver in front can always say after qualifying he got the maximum out of the car, this is as fast as it can go, develop it to make it faster because the other guy has gone out in the session before.

"But when they are constantly swapping, it just pushes the whole team forward."

MOST GP STARTS WITHOUT A PODIUM

While Perez has notched up five podium finishes in F1 so far, team-mate Hulkenberg is rising up the unfortunate list of long-standing F1 drivers without rostrums to their names. 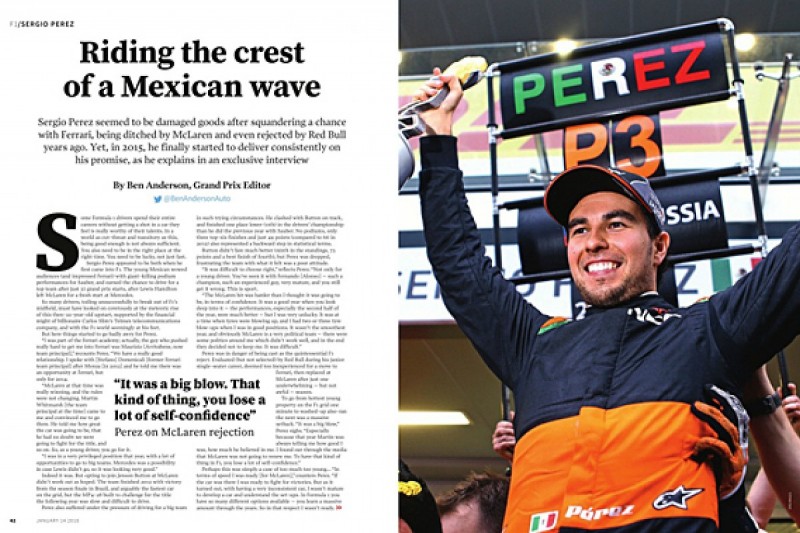