Negotiations between Maldonado's management and Lotus chiefs accelerated over the Brazilian Grand Prix weekend with the team accepting that it can no longer wait for an investment deal from Quantum Motorsports to be completed.

Although Maldonado has also held advanced talks with Sauber, it is understood that his preferred option is Lotus if he can be given guarantees about the team's financial infrastructure.

Sources insist that no final decision has been made, which is why rival teams are holding back on committing to their 2014 plans until they know that Maldonado and his hefty sponsorship backing from Venezuela are tied up elsewhere.

When asked by AUTOSPORT about the latest on his talks for next year, Maldonado said: "We are quite close. We have been working very hard since many months ago and now we are just waiting for confirmation - all the stuff that you need to do with contracts.

"But until you sign you never know. I prefer to sign and to be 100 per cent sure before we make an announcement."

Should Maldonado's contract at Lotus be finalised - which could come as early as this week - that will likely have a domino effect on the rest of the driver market.

With Romain Grosjean being kept by Lotus for next year, it means there is no space at the team for Nico Hulkenberg.

The German is expected to switch to Force India, having already put in place a preliminary agreement with the outfit.

His team-mate is likely to be Sergio Perez, whose Mexican backers have proved attractive to Force India as it bids to make the most of opportunities offered by new regulations for 2014. 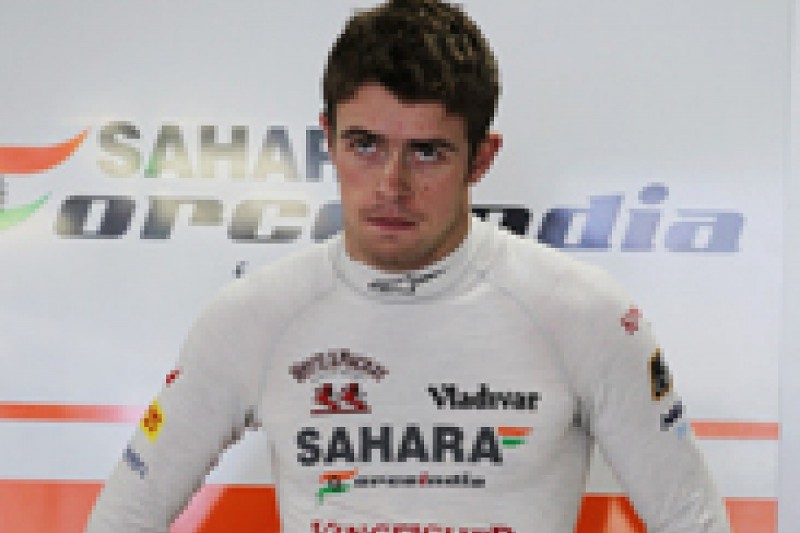 Should Hulkenberg and Perez be confirmed, then that will likely leave Adrian Sutil accepting a move to Sauber for next season, even though he is not totally out of the running at Force India yet.

A Perez move to Force India will be a boost to his compatriot Esteban Gutierrez, who could well be handed a second year with Sauber, with Russian Formula Renault 3.5 teenager Sergey Sirotkin possibly being given a reserve role rather than a race drive.

That would then leave Marussia and Caterham having the only vacancies left on the grid.

Marussia is most likely to stick with Max Chilton to partner Jules Bianchi, while Caterham is evaluating a host of drivers including Heikki Kovalainen, Marcus Ericsson and Robin Frijns as replacements for Giedo van der Garde and Charles Pic if it decides it needs to make a change.