The Frenchman, driving the car in anger for the first time on race tyres after a shakedown on Monday, believes that the 2020 generation of cars will break all lap records this year.

Ocon made the observations when comparing the Renault with the world championship-winning Mercedes W10, which he sampled throughout 2019 in the Brackley team's simulator, and drove at Paul Ricard in a Pirelli tyre test in September.

He also tried last year's Renault over two days in the post-season test in Abu Dhabi.

"There are always differences," he said when asked to compare the new car with the W10.

"So I think the cars are just evolving year-by-year. It's hard to compare, but the amount of grip I feel now I think I've never felt it before."

He added: "I don't know if it's the track, but I drove on Monday in the filming day. And yeah, it's impressive, those new cars, I have to say.

"I've never went that fast in some corners before, so it feels good.

"It's definitely exciting, because that's just going to go faster and faster. So we're going to probably break all the records of lap times I reckon this year." 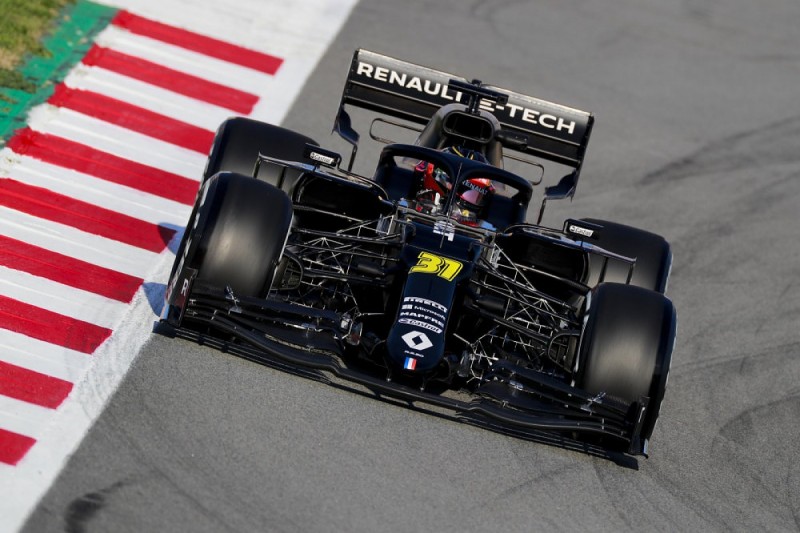 Asked for his first take on the new Renault: "It's a good base that we are having at the moment.

"Sometimes when you step in cars and you think ah, there is an issue that you're trying to solve for the whole winter, there isn't any kind of that at the moment.

"So it feels pretty healthy. But it's only the first morning. We have to wait and see how this evolves during the test."

Ocon stressed that it's important to push hard from the start of testing, despite the risk of mistakes potentially impacting the development programme on the run to the first race.

"You still you still have to push the car," he added.

"We had a good chat with with Cyril [Abiteboul] and Alain [Prost] about this.

"It's important that you push the car to have good references to have yourself ready, but also to have proper data because, that's the way you're going to be able to improve the car.

"You can't have the compromise like that. You still have to push it like if there was more time, and hopefully there won't be mistakes.

"I tried to have the first feel. It's not true that I'm just not leaning on it yet. I'm driving, trying to get the rust off of me also.

"It's been some time since I properly drove a car, which means with somebody next to me, and having references, etcetera.

"I'm just trying to get back up to speed.

"And it's important to have decent lap times to be able to feel how the car reacts in the race condition or in the in the practice condition."

Why two Red Bull rejects are finally feeling at home