Esteban Ocon says the Ferrari-style sidepod upgrade Alpine has added to its 2022 Formula 1 car is a “fit and forget” part his team will not have to extensively test.

After introducing a high downforce rear wing, front wing endplate tweaks and rear brake changes at the Spanish Grand Prix back in May, Alpine has tweaked its A522 design with drag-reducing parts in Azerbaijan and Canada before presenting another substantial development package for this weekend’s Silverstone race.

This includes a new floor with altered underside shape edges to add more suction over a larger surface area to improve air flow to the rear of the car and a major revision to its sidepod that is designed to improve airflow to the car’s beam wing and its rear overall.

The new Alpine sidepod appears to have taken cues from the sculpted and wide concept Ferrari and Haas have been running since the new ground effect cars were first revealed ahead of pre-season testing.

Ocon said in Canada that Alpine had “big hopes” for its Silverstone upgrades and when asked by Autosport if he had any concerns such a major revision would take time to produce immediate results – as was the case for Aston Martin following its ‘green Red Bull’ Barcelona update – he replied: “I don’t think so, no.

“We are continuing going in the same direction that we were, which we believe is the right one.

“And it shouldn’t be that complicated. It’s a ‘fit and forget’.

“We are not really testing things around it. We still have a few items that we are trying in the back of the car and all that.

“But, no, I don’t see ourselves spending time to understand and I think we probably start from a higher level of performance than Aston Martin did at the time.

“So, hopefully, touching wood, we are not taking too much time to extract the package from it.” 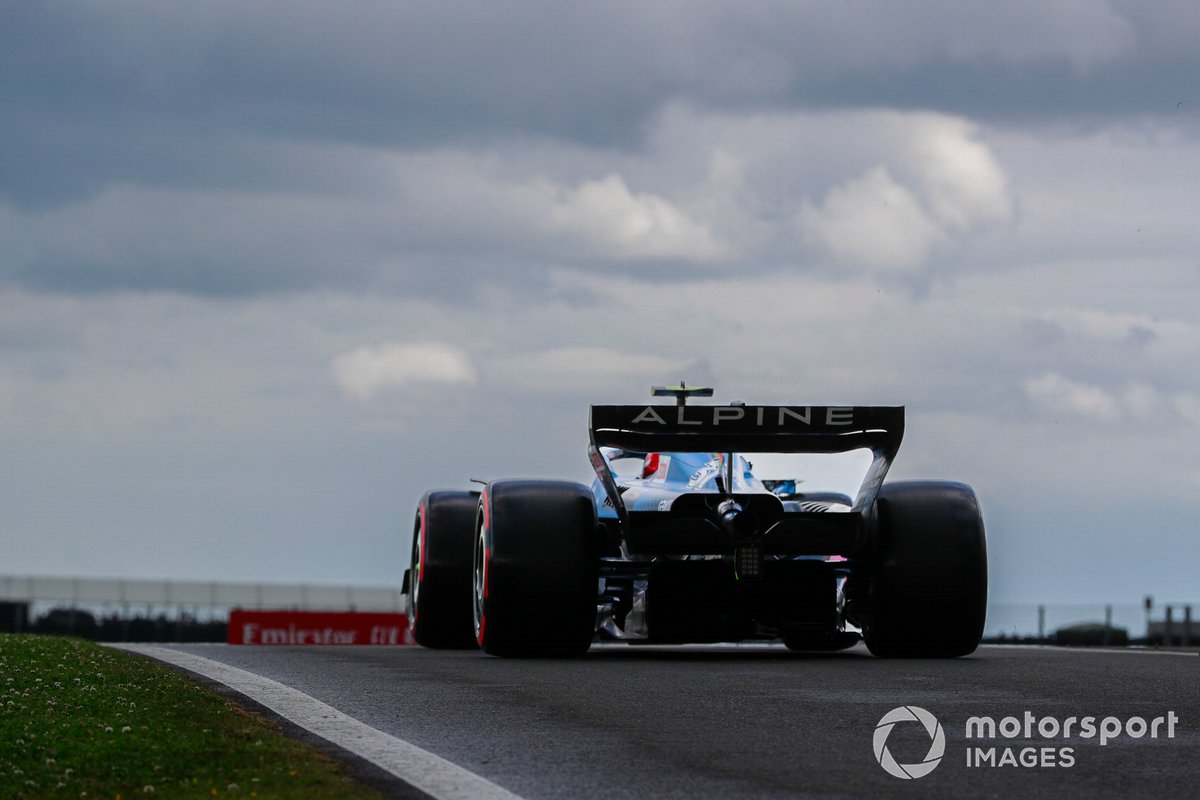 Ocon also outlined his belief that the new curving and intricate sidepod structure on the A522 speaks to the improved “build quality” of parts the former Renault squad is now producing after significant investment in its Enstone factory in recent years.

“We’re all very excited,” he said.

“The car looks beautiful – very detailed and the build quality… I’ve watched the car very closely, all the drawings, how everything was built on.

“And I have to say I’m very impressed on how all of these things have improved over the years.

“When I joined the team back in 2016 when I was reserve driver [before racing for Manor in the second half of that season and for Force India/Racing Point in 2018-2019], things were not looking the same at all and we’ve taken a big step.

“I visited the guys at the composites [department]. After Canada we had discussions [about] ‘maybe were gonna have one thing ready, maybe for one car’.

“But we end up with both cars having the complete package and some spares arriving for the rest of the weekend.

“So, the guys have been doing an incredible job and I’m very proud of seeing that on the cars.”

Alpine has also changed its front suspension push rod shape to improve airflow in that area and then as it moves back to the rear of the car.