Formula 1 driver Lando Norris believes he was "punishing himself" with his old driving style in the 2021 McLaren, but applied lessons learned from Daniel Ricciardo to shine in the Bahrain Grand Prix.

Norris was narrowly outqualified by Ricciardo on Saturday, before passing the Australian on his way from seventh to fourth during one of his strongest races so far.

Norris' performance drew praise from McLaren team principal Andreas Seidl, who saw evidence across the Bahrain weekend that Norris "made the next step" as a driver.

"It's something we ought to expect from a young driver, especially in his first years, to make these steps because that’s how you become a top guy in this sport," Seidl commented.

Norris' race day performance came after studying data from his new team-mate Ricciardo overnight between qualifying and the race and putting some of those lessons into practice in the race.

Drivers have had to adapt to the tweaked technical regulations for the 2021 cars, which includes cuts to the floor, and Norris felt he was "punishing" himself with his old driving style. 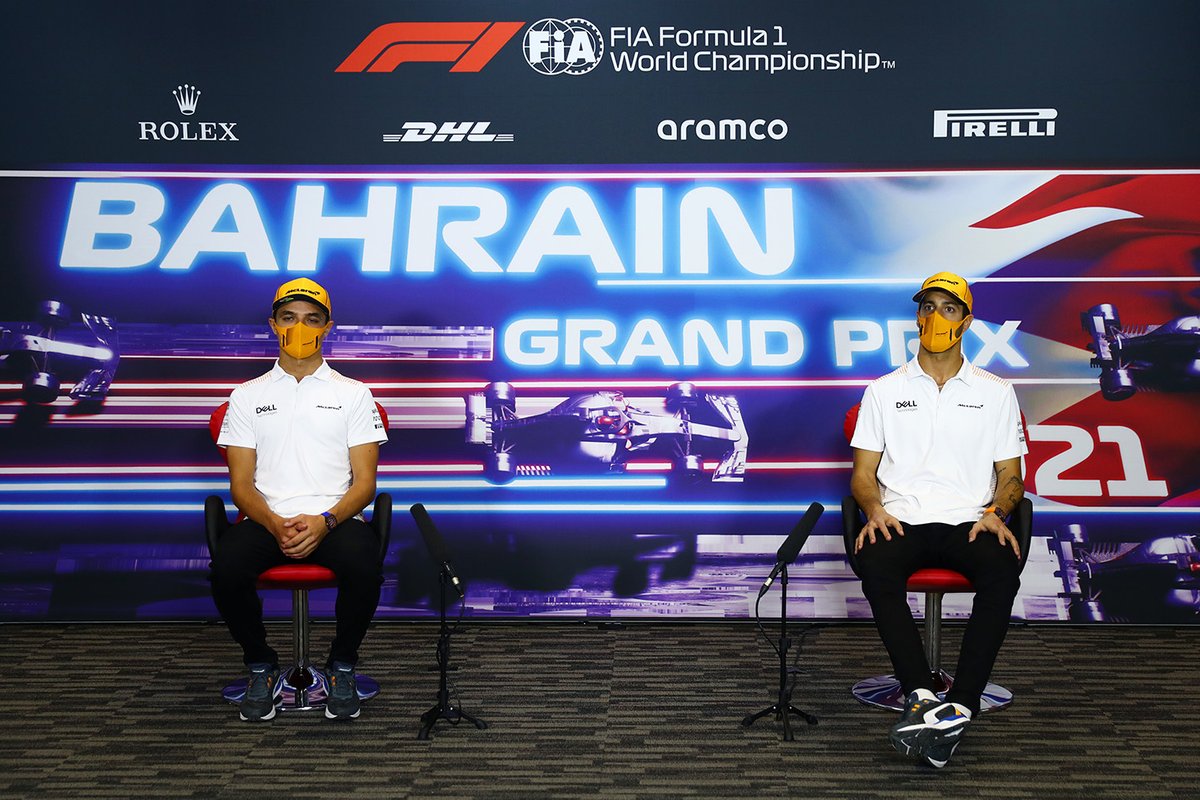 "I feel like I've had to drive too much like the past couple of years. Especially in qualifying that had negative effects and it isn't as good," he explained.

"I did a good job [in qualifying] but I feel like I'm punishing myself with some of the things I'm doing with the car.

"After understanding some more I felt like I could already put it into practice [in the race] and I felt like I was gaining in those areas that I was losing out on.

"Although Daniel is new to the car there are some differences with the car this year and how you have to drive it," the Briton added. "At points his driving style is better for it and is more suited for it.

"How we've had to drive the car the last two seasons is kind of going away in a good way. That's something I need to adjust to a little bit because the car is different this year."

Norris believes there is more to come as he gets more races under his belt with the MCL35 but is pleased with how his race pace has improved since his 2019 debut season, which his Bahrain performance was a strong example of.

"There's room for improvement from my side, more in understanding how to drive this car," he said.

"Not just how to learn from Daniel because I don't think that's the point of it, but still focusing on myself in terms of race pace, an area which wasn't very good a couple of years ago.

"I felt like I really did a good job so I'm very happy with it."