Norris followed Ricciardo home in a sensational 1-2 win for McLaren, its first victory since 2012.

After the race, Norris said being part of that historic feat for the Woking team was "incredible" but also admitted he was thinking about how he could snatch the win himself.

But Norris said the high-profile clash between Lewis Hamilton and Max Verstappen halfway through the race, which forced both championship rivals to retire on the spot, discouraged him from trying to launch an attack on the Australian.

"I got a bit closer on one lap and I just - I don't know why - I had a few flashes seeing the incident between Max and Lewis – because I saw it quite well in my mirrors," Norris explained.

"So, when I thought maybe I'll try, that was flashing up in my head and I thought 'naaah, maybe this isn't the wisest decision!'" 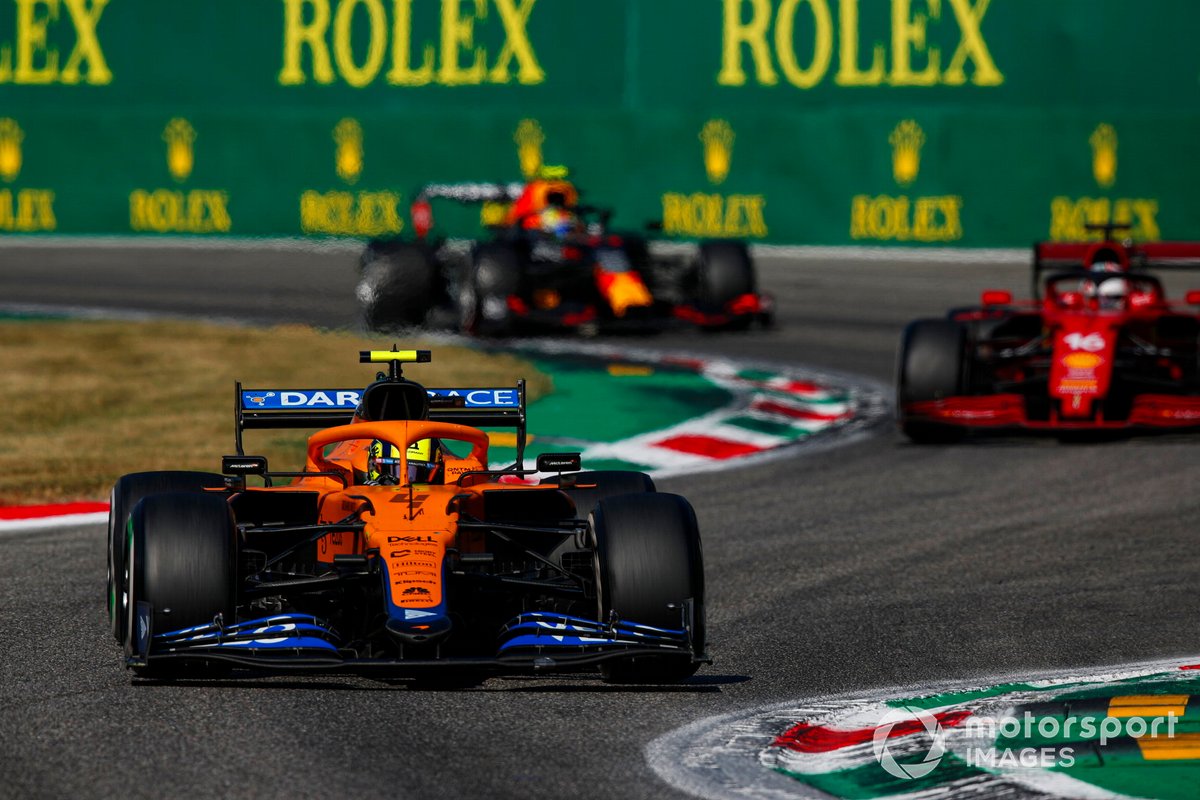 Norris then urged McLaren to tell Ricciardo to pick up the pace, as he too came under threat from Sergio Perez and Valtteri Bottas and was trying to stay out of DRS range.

When asking on the team radio if it was best for the team to stay where he was, Norris was told to hold position, which he obliged, recognising how crucial the result was for McLaren.

"As much as I would have loved to go for the win, just finishing first and second, I'm just as happy with," he added.

"The feeling I get for the win is the priority over my own feeling in a way.

"I'm here for many years, I hope, especially with McLaren and with the whole team, so I feel like I still have an opportunity in the future to try and go for it.

"But in this moment and instance, I was happy just staying where I was."