Norris is currently in the United Arab Emirates on holiday ahead of a planned training camp, but after recognising some symptoms, underwent a test for COVID-19 on Monday.

McLaren confirmed in a statement that Norris had tested positive, and would now be self-isolating for the next two weeks.

"McLaren can confirm that Lando Norris tested positive for COVID-19 yesterday in Dubai, where he is currently on holiday ahead of a planned training camp," a statement reads.

"After recognising a loss of taste and smell, he was tested immediately and informed the team. In line with local regulations, he is now self-isolating at his hotel for 14 days.

"He is currently feeling well and reports no other symptoms."

Norris is the fourth F1 driver known to have tested positive for COVID-19. 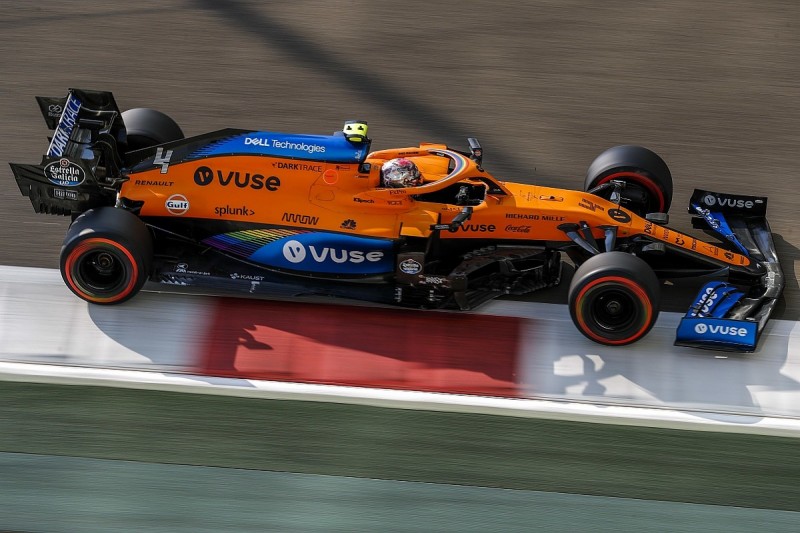 Racing Point driver Sergio Perez was forced to miss two races last year after contracting the virus ahead of the British Grand Prix, while team-mate Lance Stroll tested positive after pulling out of the Nurburgring race weekend.

Seven-time world champion Lewis Hamilton missed the penultimate race of the 2020 season in Bahrain after testing positive, but was able to return for the season finale in Abu Dhabi.

"Yesterday I lost my sense of taste and smell so immediately self isolated and took a test," Norris wrote in a message on social media.

"It's come back as positive, so I've told everyone that I've been in contact with and will be self isolating for the next 14 days.

"I feel alright and have no other symptoms but I just wanted to let you all know. Take care."

F1 drivers underwent rigorous testing throughout the 2020 season as part of the series' protocols to ensure grands prix could be staged in a safe manner.

Although they will not be subject to such strict guidelines mandated by the FIA during the off-season, a number of drivers have spoken about the need to keep safe and ensure their winter preparations are not impacted.