Lando Norris says he “risked quite a bit” in his final lap to take his maiden Formula 1 pole position in a “manic” qualifying session for the Russian Grand Prix.

Two weeks after its surprise 1-2 finish at Monza, McLaren scored its first pole since the 2012 Brazilian Grand Prix as Norris topped Q3 with a late run on slick tyres in Sochi.

Norris, who finished second behind team-mate Daniel Ricciardo in the Italian GP, took pole by over half a second ahead of Ferrari’s Carlos Sainz Jr after a switch from intermediate to slick tyres paid off on his final lap of the session.

“It feels amazing, I don’t know what to say,” Norris said in parc ferme after qualifying.

“It was quite a manic session. We were going well, and obviously we made the decision in the end to go slicks.

“You don't think you're going to get a pole until you get it and now I've managed to do it so yeah, extremely happy.

“Big thanks to the team as well, they've done an amazing job."

Qualifying was able to go ahead after a break in the heavy rain that forced final practice to be abandoned, but the track remained damp until the closing stages of Q3, allowing drivers to make the switch from intermediates. 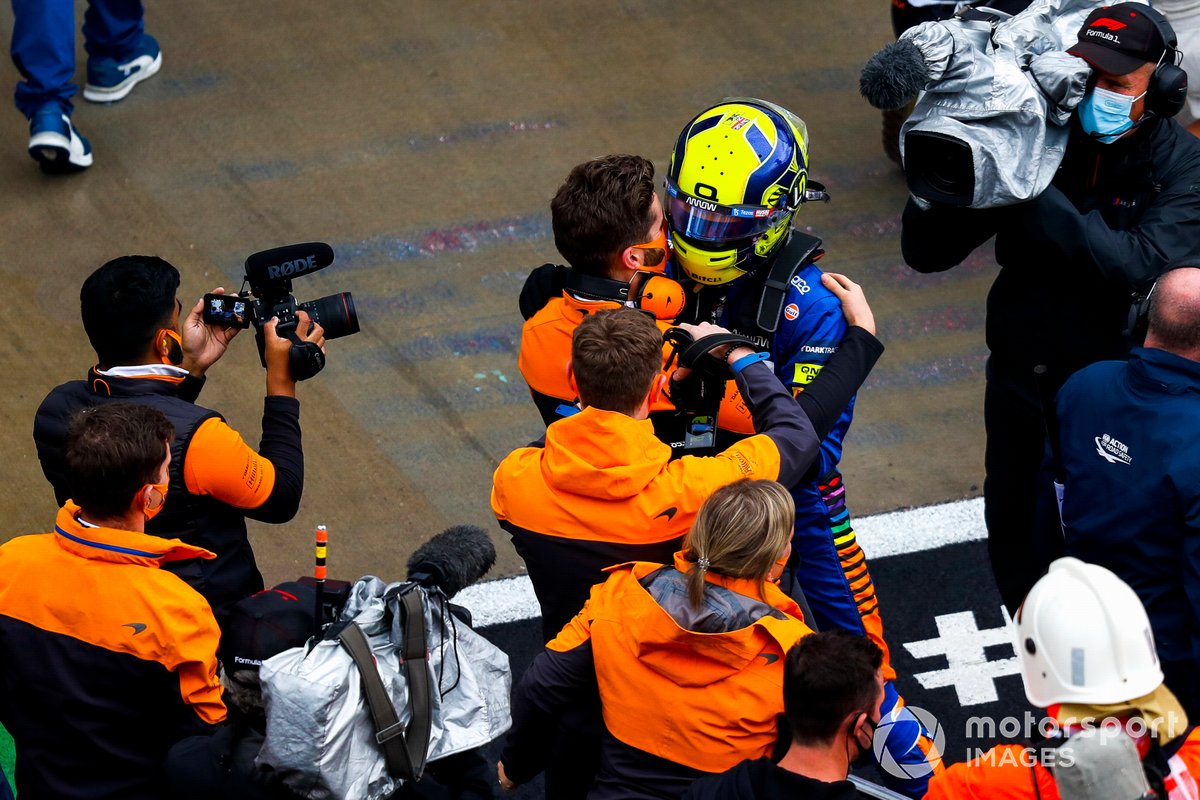 Norris admitted it was “tough” to keep the car under control in the greasy conditions, but focused on keeping his tyres in the right window for his final lap of the session.

“I'm obviously going to make myself sound good, but it was tricky,” Norris said.

“It was that crossover section and the lap before I was like, two seconds down, and I wasn't very confident we were going to improve on the previous lap.

“But I kept the tyres warm and prepared the final lap, and I risked quite a bit, I'm going to admit, and it paid off, so I'm a happy boy.”

McLaren had been downplaying the chances of it continuing its Monza form in Sochi this weekend, with Norris even noting after taking pole that it was a surprising result to him and the team.

“I guess coming off of Monza this is not something we really expected, but these kinds of conditions are when we can take opportunities,” Norris said.

“That’s exactly what we did today, so especially after Monza, this is an awesome way to start, and hopefully we can continue it again tomorrow.”