Ricciardo had been subject to interest from McLaren prior to his decision to leave Red Bull for Renault in 2018. The Australian took eight grand prix victories with Red Bull across his five-year stint with the team.

2021 will mark the first time in three years that McLaren has had a race winner in its F1 line-up, having partnered Sainz with then-rookie Norris back in 2019.

Norris is confident that Ricciardo will be able to bring some different perspectives to the McLaren squad, calling on his race-winning experience and his learnings at both Red Bull and Renault.

"It's going to be very good," Norris told Autosport.

"[Ricciardo] is going to give a different perspective on a lot of things. I'm sure some comments are going to be similar to Carlos, because Carlos drove the Renault, and probably a lot of characteristics are similar.

"A lot of things Carlos talked about sometimes were when he drove a Renault, things were like this, and the team acted like this and different circumstances. A lot of knowledge that drivers have, and something that I learned from Carlos, is knowledge of how he worked with other teams. 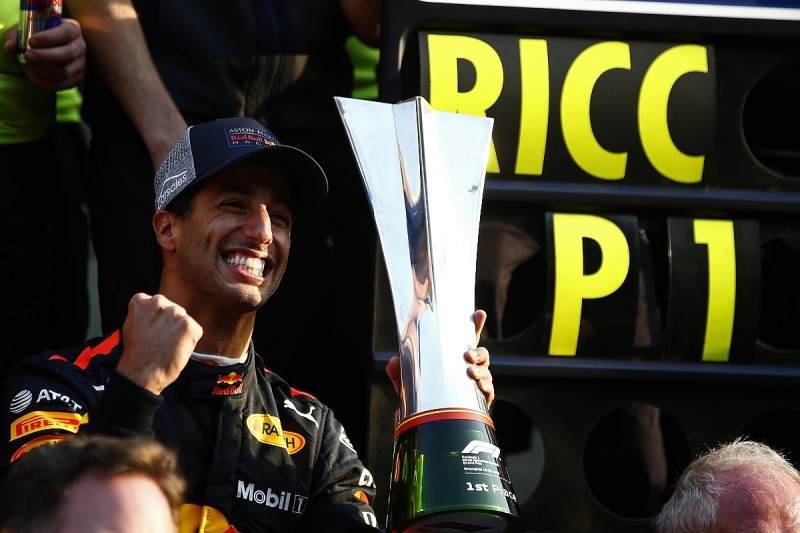 "With Daniel, working with Red Bull a bit more and knowing how to win races and how a team wins races and the car he needs for that. I think that's something Carlos doesn't have.

"That'll be very good for when Daniel comes in, giving those fresh ideas and helping the team move forward. I think it's very good."

The British driver has impressed through his first two seasons on the grid, and is relishing the opportunity to go up against a proven race winner in Ricciardo.

"It's nice for me to work with someone different and learn some things," Norris said.

"But also to go up against a driver who has won races and people say is one of the best on the grid, it's a good chance for me to compare myself against him, and just work with him as a race winner."