A new rule introduced for the Monte Carlo weekend meant the FIA was fully enforcing track limits for the chicane after the tunnel.

Drivers would be shown a black-and-white warning flag after cutting the corner twice, while a third offence would likely result in a time penalty.

Norris managed to skip across the kerbs twice early on in the race, and that left him on the verge of a penalty for the remainder of the afternoon.

“I missed the first apex part, the first part of the right and I still went to the left of the second one and lost time in both,” he said. 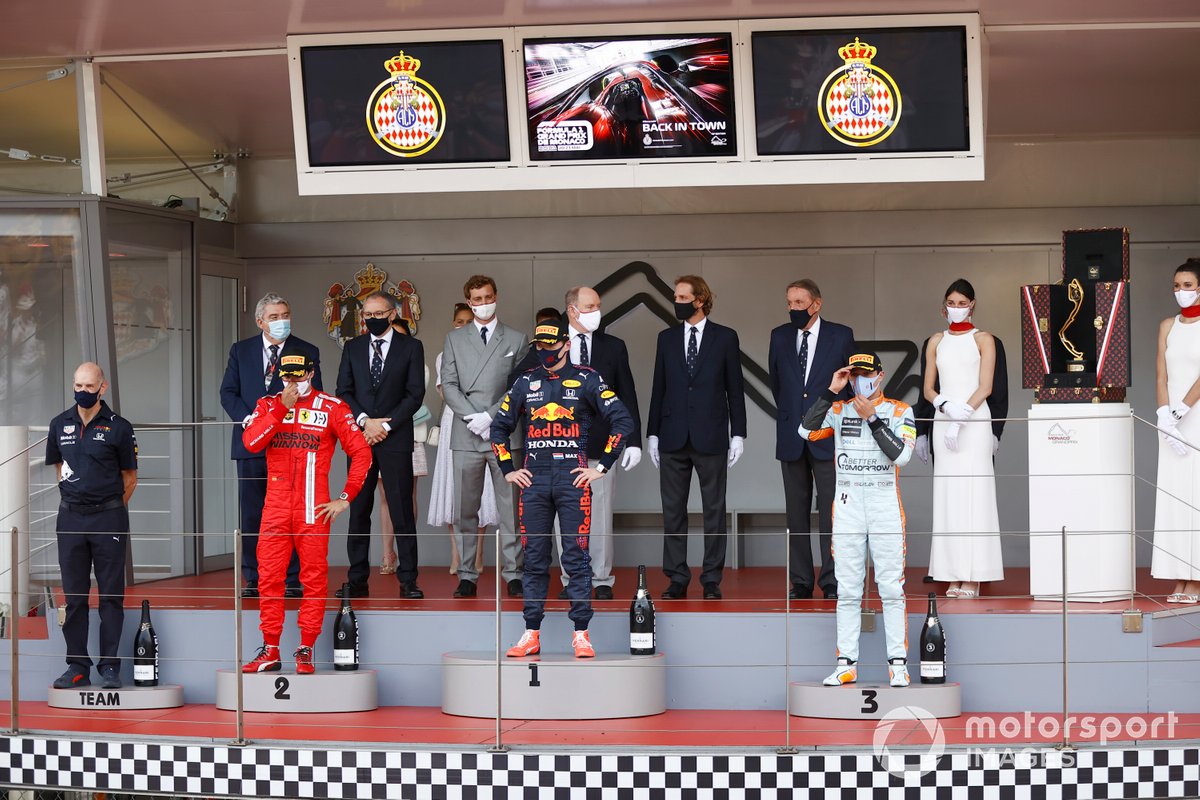 “Both times I locked up there, but I think by about lap seven I had used both my opportunities to go off the track which I’m sure made my engineer Will extremely nervous.

“I’m sure it made certain other people very nervous too. So not an ideal start to the race, especially because I knew there were many more laps to go and the final stint, when you can be pushing more, if I made one more mistake and went off I would have a five-second penalty and [Sergio] Perez would be ahead of me.”

As well as the track limits problem, Norris said that the closing stages of the race were made much more difficult by his McLaren not feeling so good on the hard tyre.

“It was a very hard car to drive,” he said. “Much easier to lock-up and snatch the front, worse over the bumps and so on. Not a lot of confidence and, as soon as I heard where Sergio was in terms of his tyre strategy, how much later he boxed, I got pretty worried.

“But I kept it on the black stuff, which is the most important, didn’t hit any walls, and as long as you are good out of the last corner and out of Turn 8, and you cover those two places well, he’s not going to pass. So, it wasn't too bad.”

The pressure from Perez, allied to the track limits situation meant that Norris did request his team to stop giving him radio messages.

“In the end I was telling Will to be quiet, because sometimes you just want to focus on what you need to be doing, just driving around the streets of Monaco,” he said.

“You just want to be in your zone, in that way of just driving round, missing the barriers, just feeling confident and not having to think of any other things.

“So, when he’s telling me there’s a guy 20 seconds ahead, it’s not something I cared too much about and I just wanted to concentrate on driving. Simple as that.”