Charles Leclerc should not feel any rush to move to Ferrari despite ongoing speculation that he could replace Kimi Raikkonen for 2019, says Sebastian Vettel

After scoring several high-profile results so far this season, Leclerc has emerged as the prime candidate to line-up alongside Vettel if Ferrari decides not to keep Raikkonen for next year.

Speaking ahead of this weekend's German Grand Prix, Vettel said that he felt both men would be a good fit for Ferrari - but added that time was on Leclerc's side even if such a move did not immediately happen.

When asked if he had a strong preference for keeping Raikkonen as his team-mate, Vettel said: "I would be happy to continue like that, but it is not for me to mention or to decide.

"I think Charles, one way or the other, will have a great career.

"He is a great guy, he is fast and has everything. He has no rush. He is young, but if you are young you are always in a rush with everything!

"I don't know when or what and ultimately who [my team-mate will be]. But it doesn't really matter to me.

"For me it is clear where I am next year, but I think both of them would suit the team."

Leclerc was also asked about the on-going suggestions that he will move from the Sauber squad to Ferrari as Raikkonen's replacement. 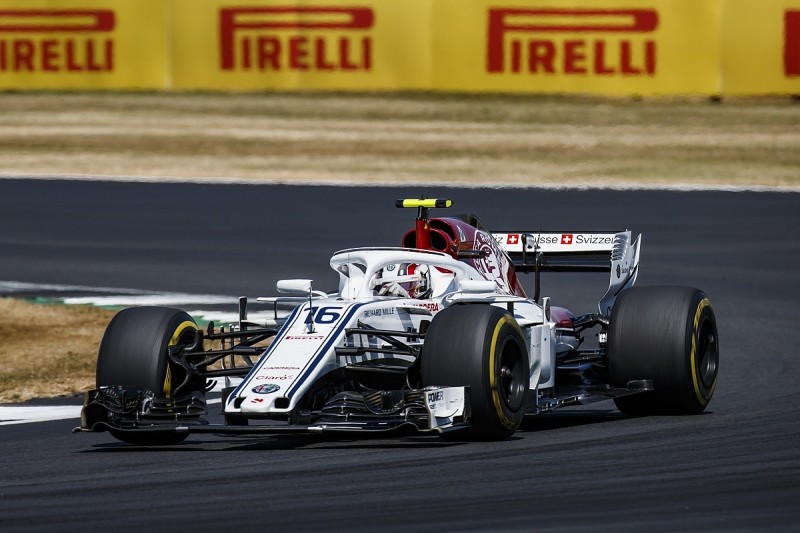 But the 2016 GP3 title-winner and '17 Formula 2 champion explained that the speculation was not disturbing his performances.

"Strangely, I don't know if it's natural or whatever, but I don't really [get distracted]," Leclerc said.

"Obviously, it's always a pleasure to see when there are some articles about me going to Ferrari, because it's [been] a dream since [I was a] child.

"But on the other hand, it's not so difficult for me to come to the race weekend and to switch to the racing mindset and to be fully focussed on the job I have to do.

"When I'm at the track I definitely don't think about any rumours or anything at all."

Vettel has no complaints about the way his partnership with Raikkonen is working, even though they have occasionally tangled on-track.

"I like Kimi," he said. "We get along, and we have never had any issues.

"Sometimes on track I remember I drove into him and crashed into him, but the way we handle things is very similar and very straightforward."