Verstappen, who qualified in seventh, drew the ire of Haas driver Grosjean late in Q3.

Grosjean radioed to his team that Verstappen "fucked" him and told media afterwards: "It cost me the last two laps. I lost 1.6 seconds on the lap I caught him and I tried to open a bit of a gap and start the next lap.

"I was so close and there was so much spray I couldn't see a thing."

After summoning Verstappen, Grosjean and representatives of their respective teams, and reviewing evidence, the stewards opted to take no further action. 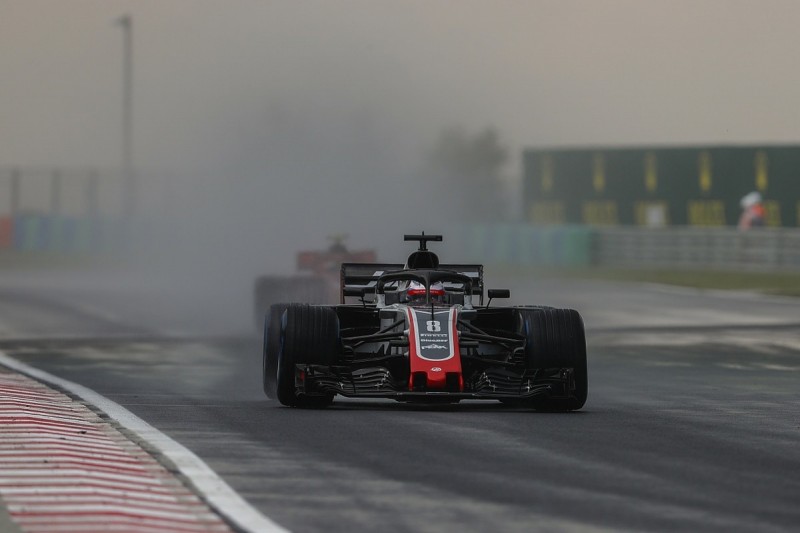 Their decision was based on the fact that Verstappen was slowing to create a gap to the Toro Rosso of Pierre Gasly up the road, and that the distance between the cars involved changed dramatically in a short amount of time in conditions with "limited visibility".

"Verstappen was close to Gasly going into Turn 13. At this point Gasly set up for his flying lap and Verstappen in turn slowed to get a gap. Grosjean caught Verstappen between Turn 13 and Turn 14, which impeded Grosjean.

"While Verstappen was given reasonable, if slightly delayed information by his team, the stewards took into account that with the very wet conditions, there was limited visibility ahead, and no visibility behind the drivers.

"The gaps between Gasly, Verstappen and Grosjean changed over a very short section of the track, and under the conditions the stewards determined that the impeding was not, as the rule states, 'unnecessary impeding' and therefore take no further action."

The decision means that Verstappen keeps seventh on the grid and will line up three places ahead of Grosjean, who was last in Q3.