The two Mercedes drivers, who were also team-mates as teenagers in karting, have fought an exclusive battle over the last three world championships, with Hamilton coming out on top in 2014-15 and Rosberg triumphing this year.

While Rosberg's retirement came as a shock on Friday, Hamilton did not feel that way.

"I'm probably one of the only people that it was not a surprise to," Hamilton said at the FIA Prize Giving in Vienna.

"But that's because I've known him for a long time.

"This is the first time he's won [in their rivalry since karting] in 18 years, hence why it was not a surprise that he decided to stop.

"But he's also got a family to focus on, having children, and Formula 1 takes so much of your time.

"We started out when we were 13 and we'd always talked about being champions.

"When I joined this team [Mercedes] Nico was there, which was again something we talked about when we were kids.

"It's going to be very very strange, and it will be sad not to have him in the team next year.

"The sport will miss him, and I wish him all the best." 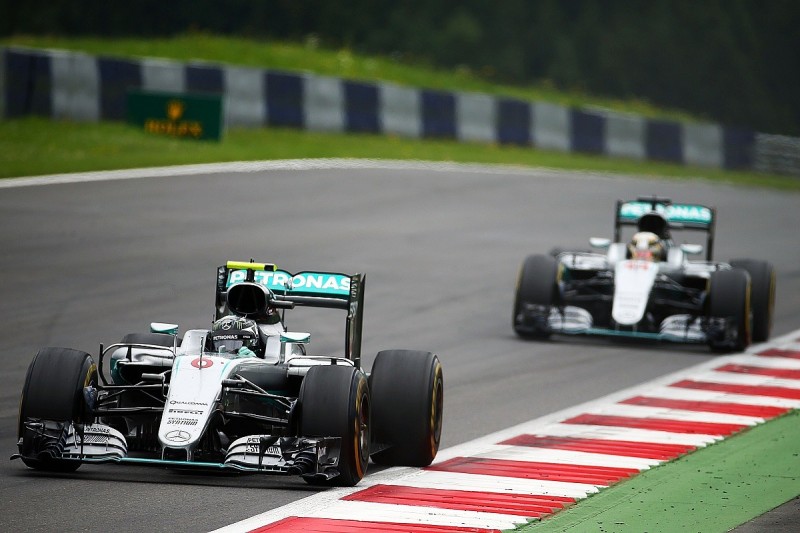 Mercedes has said it will take its time to sign a replacement for Rosberg, and Hamilton says he will not try to influence the team's decision.

"I've never been a driver to ever request - I know a lot of the other drivers, Sebastian [Vettel], Fernando [Alonso], make sure that's in their contract," he said.

"So as long as we are treated fairly then it doesn't matter who is sitting alongside you.

"We've got great team bosses and I'm sure they will choose the right people to represent them.

"I'm here to race, I still love racing, and now the focus is onto next year and I'm hoping for a better season."