Max Verstappen says the new Red Bull car is "fast everywhere" and its reliability has improved as well, following the first day of 2020 Formula 1 pre-season testing in Spain

The Red Bull driver ended the opening day of action at Barcelona fourth overall in the standings, just over half a second adrift of pacesetter Lewis Hamilton in the Mercedes.

Verstappen completed the most laps of anyone with 168 across the day, and was bullish about his first day with the RB16.

"The car is fast everywhere, which is a good thing," said Verstappen about his first impressions of the car.

"And the reliability seems even better, so that is all very positive."

He added: "I think it's been a good day. The car has been working really well together with the engine, and that is what we want to see.

"For us that is the most important.

"I am very happy about that. We just want to learn the car and try things on the car and see what we can do." 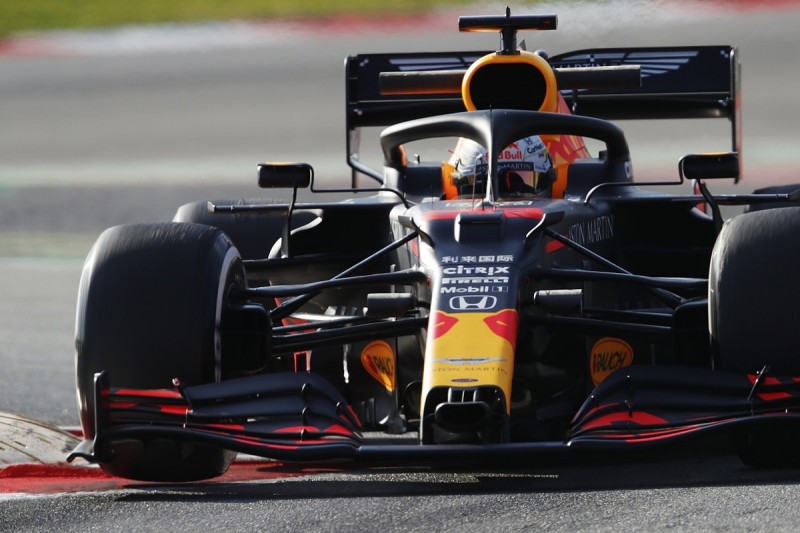 Although Mercedes was clear at the front, Verstappen said that his team was only focused on itself and was not reading too much in to the times.

"We're not looking at that," he said.

"We just have to look at ourselves and focus on what we can improve.

"For us it was just about turning laps and testing different things. That's what we did today."

The only dramas Verstappen suffered during the day were two spins at the final chicane, which he escaped from both times without hitting the barriers.

"I touched once the gravel I think, that is why I spun," he said.

"And once I lost it in the second corner, so these things can happen trying to find the limits with the car and what we can do.

"Luckily no damage, which at the end of the day is the most important thing."