As part of F1's wide-ranging technical changes for this season, bigger tyres have been introduced with new compounds aimed at reducing the need for tyre management in races.

Pirelli carried out 24 days of testing with modified 2015 cars from Mercedes, Red Bull and Ferrari last year, and it is optimistic that its new range will not suffer the same levels of performance drop-off as has often been the case since it returned to F1 in 2011.

"We have encountered very low degradation, but these simulations are one thing.

"There will be a completely different performance window in which the teams will arrive in the second half of the season - where we often are on track with high temperatures."

As well as degradation, Pirelli believes it has also delivered on drivers' requests to make tyre temperatures easier to control.

Isola added: "On the few occasions there was overheating, it quickly returned to the optimum value.

"The drivers made specific requests to us about this - because if they were following another car in the race then they would lose downforce, slide more and then overheat their tyre.

"Our goal is for the tyre to return to a normal condition in a very short time, which will help improve grip.

"In testing we have seen that this target has been reached - but it needs to be verified on the actual cars, so we will wait for the first few races." 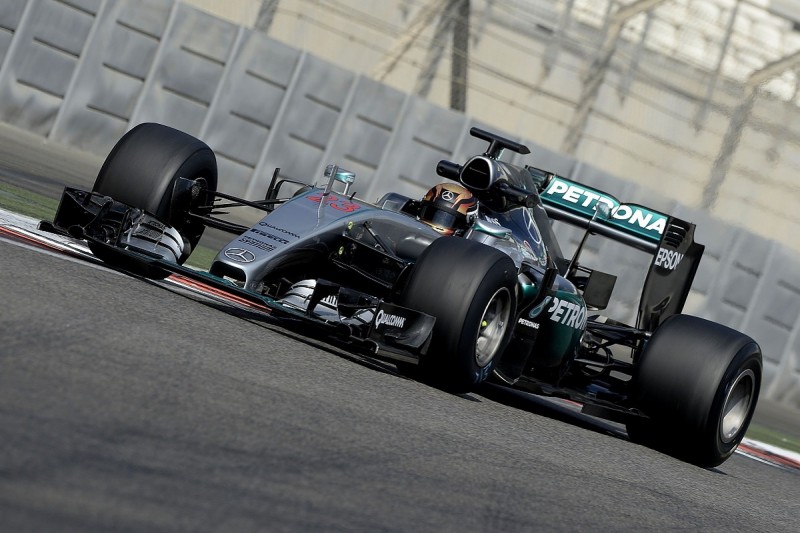 Isola accepts, however, that the data from the 2015 cars could be misleading because they "lacked a bit of performance".

Simulations of the Barcelona circuit suggest performance will jump from last year being full throttle for 50% of the lap in 2016, to 70% with 2017 machinery.

Turn 3 of the Spanish Grand Prix venue is also set to be roughly 20mph faster this year, based on early indications, turning it into a flat-out corner.

"Although the modified cars aimed to simulate the downforce levels we will find, we have not seen the true performance that we will have in 2017," he said.

"We have seen from the simulations that we have been sent by teams, based on patterns with the new cars, that the performance will be better than those we saw from the mule cars.

"This leads us to still have some question marks on the feedback that will come from the track in the first tests and the first few races of the world championship."