Leicester was tipped for relegation in the 2015/16 season but instead its shock title triumph made it only the sixth club to win the league in 24 years of the Premier League.

It was also the first time since Nottingham Forest's 1977/78 success that a new winner had claimed the first-division title in England.

F1's commercial boss Sean Bratches believes a motor-racing equivalent is not possible at the moment because of the disparity in budget and performance across the F1 grid.

Although independent teams Red Bull and Brawn have won titles in the previous decade, Red Bull's quartet came at significant expense - and as the de facto Renault works team - while Brawn's sole season was a takeover of the axed-but-heavily-developed Honda programme.

Bratches said a newly-conducted study had revealed five "north stars" that F1 wanted to focus on, with the first theme prioritising fairer racing.

"'Revel in the Racing' is all about creating a better competition on the grid," he said.

"Right now there are no Leicester Cities in F1.

"The back of the grid is way too far behind the front of the grid. It's not a meritocracy. 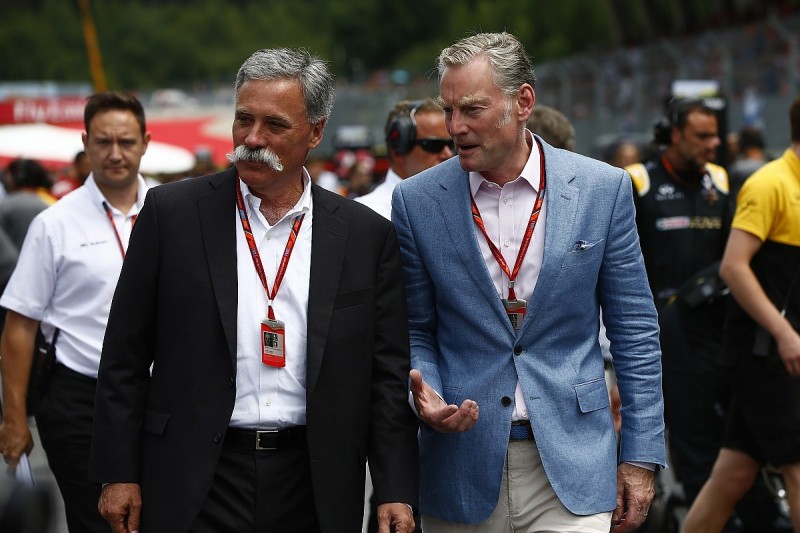 "Through costs caps, reapportionment of revenue, or governance, we're actually going to create a better spectacle, a better racing environment, a competitive one, for fans."

The 'Breaking borders' theme is aimed at tackling F1's "cloak of exclusivity", according to Bratches, and finding a way for fans to "touch and play at certain levels".

Bratches said his tender to "create fan festivals in city centres, in proximity to grands prix next year" was the way to tackle 'putting the spectacular back into the spectacle'.

Telling the "extraordinary" story of F1's technology is the motivation behind 'Taste the oil', while 'Feel the blood boil' focuses on putting the spotlight on its "gladiator" drivers.

The plan emerged from a study Bratches claims has "never been done at F1".

"We went to four continents, we talked to 10 avid fans, in each continent, for seven hours over two days," he said.

"Our mission statement as a company came out of this - to 'unleash the greatest racing spectacle on the planet'."

It has now been more than a year since Liberty Media inked its deal to take over F1's commercial rights from CVC.

"I think I've credited an excellent edit of senior executives with a wealth of experience to take this commercial side of the business and allow F1 to punch where its weight class is," said Bratches.

"I think it's been under punching to date."