Despite predictions the major aerodynamic regulations overhaul for this season would play to Red Bull's strengths and allow it to mount its first title bid since 2013, the team lagged behind Mercedes and Ferrari from pre-season testing.

Red Bull discovered parts were not performing on track as they had when simulated at the factory, and though Horner said in June that this problem was solved he has admitted it set the team's programme back considerably.

"We came in on the back foot really, the tools weren't correlating with what we were seeing on the track," said Horner.

"Predominantly it was the windtunnel that was leading us a little bit astray.

"The size of the model, the size of the tyres in the tunnel that we have gave some spurious results whereas previously they've been very, very reliable in specific areas and suddenly we have this divergence between track and tunnel and CFD.

"The big issue that we had was that the car suddenly got a lot wider, a lot bigger, a lot more blockage in the tunnel, and our particular windtunnel was pretty sensitive to that, with issues that we haven't seen previously.

"That probably cost us about two months, two and a half months in terms of where it put us back to.

"Then of course you're working flat-out to try and recoup all that time but it's not like the others are all standing still." 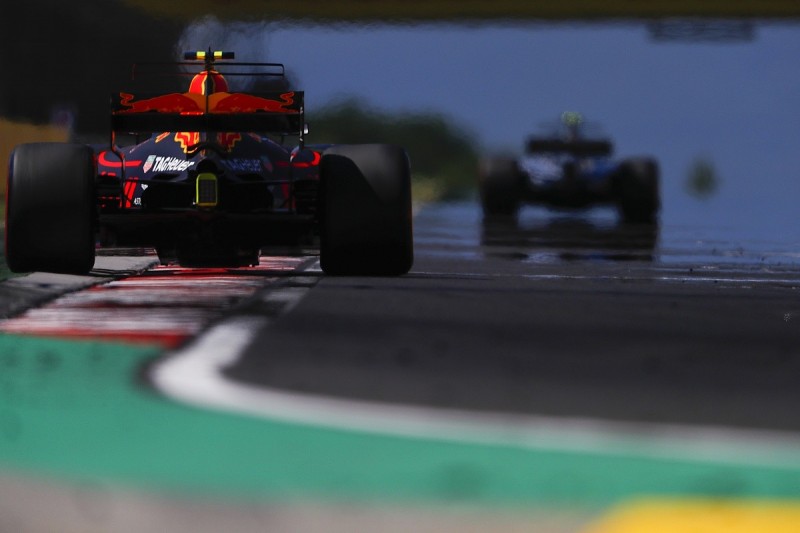 Red Bull opted for a low-drag design philosophy this season, in a departure from previous car concepts that had focused on cornering strength making up for straightline deficiencies.

Horner said Red Bull had stuck with that concept even amid the changes it made to its development path once the correlation problems were diagnosed.

"The wheelbase, the fundamental concept of the car is the same," he said.

"It's just how it's evolved. It's the direction of evolution that has changed and been putting good performance onto the car."

Although it took a fortuitous win in the chaotic Azerbaijan Grand Prix with Daniel Ricciardo, Red Bull is 173 points away from constructors' championship leader Mercedes entering the summer break.

Horner is optimistic that the remainder of the year will be much stronger for his team.

"Ever since Barcelona each grand prix we've managed to be getting more and more performance out of the car," he said.

"We had very good progress during the first half of the year. "We lost a lot of ground early on but we're hoping for a much more competitive second half of the season."