Italian Grand Prix chiefs have expressed their ‘regret’ at the frustrations Formula 1 fans endured at Monza last weekend, as fresh questions emerge about the future of the race.

A bumper crowd of 336,000 for the three days of the Italian GP weekend proved once again the booming popularity of F1.

But the infrastructure and organisation at Monza struggled at times to cope with the number of spectators, with numerous complaints about lengthy queues to get in to the circuit and a lack of facilities within it.

There was also disappointment about the lack of views because general admissions areas were over crowded, plus the struggles that fans faced getting food and water due to a token system that triggered huge queues.

Monza chiefs have been made aware of the problems and have vowed to look into the matter to try to work out what can be done better in 2023.

In a social media post on its official Twitter account, Monza said: “Autodromo Nazionale Monza expresses its regret for the inconvenience of those who, among the many fans who flocked to the last Italian GP, encountered some inconveniences.

“The structure and its people put their best efforts to create an event that surpassed all previous attendance records.

“For Autodromo Nazionale Monza, the experience of the fans is a priority aspect, and for this reason, a rigorous verification has been started, also with the partners, to ascertain and investigate the origin of any critical issues and take the consequent measures so that this does not happen again in the future.” 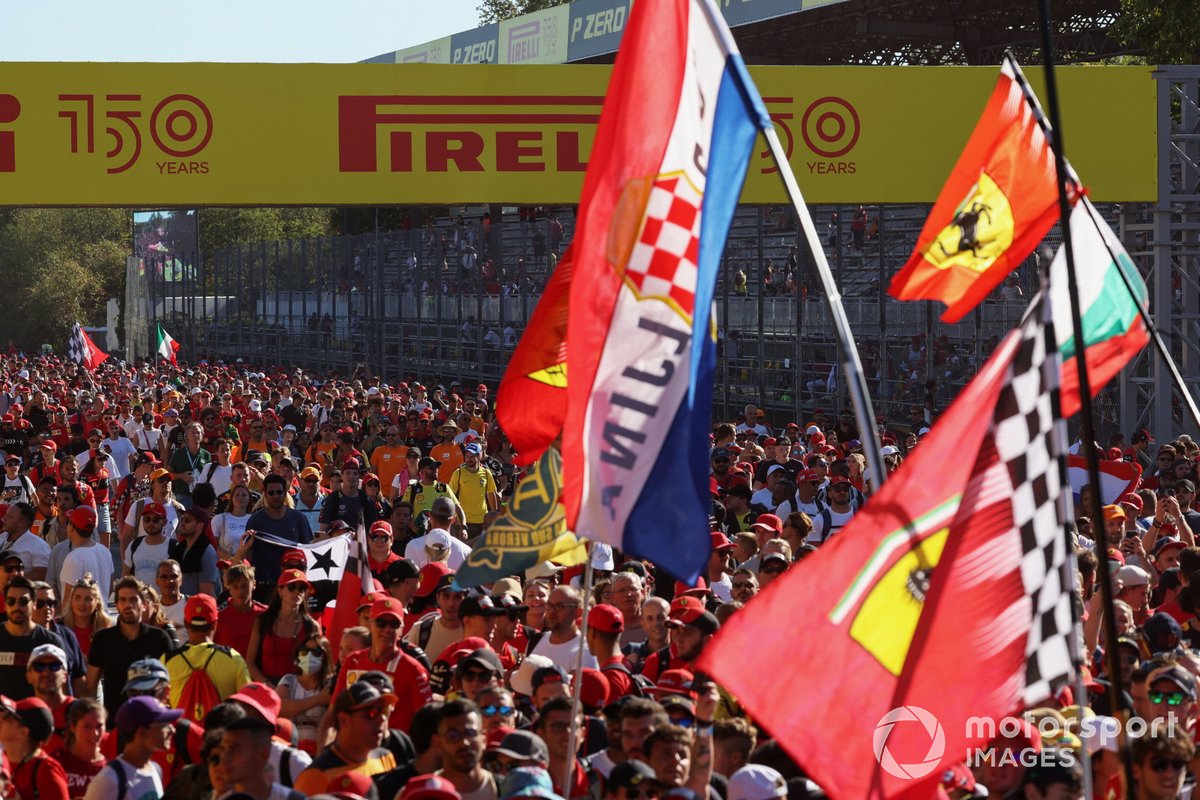 The fan complaints about what happened at the Italian GP comes against the backdrop of F1 chiefs again making it clear that the venue needs to lift its game – and cannot just rely on its history to stay on the schedule for the long term.

Monza has a contract to host the grand prix until 2025, but F1 CEO Stefano Domenicali said that progress needed to be made with its infrastructure, as well as eradicating some of the political issues that have sometimes made running the event more difficult.

“The grand prix deserves to be on the calendar but, as I have said before, history is no longer enough to be able to secure your place in the F1 world championship today,” Domenicali told Italian media last weekend.

“We expect the infrastructure improvement that we have defined, both for the teams and for the public, to be done.

“Covid has obviously brought forward other needs and other priorities, but now there are defined projects that must be carried out, and there is no more time.

“The works are needed for the modernisation of the venue and to help fans experience the grand prix in the best possible way.”

Asked if there was a possibility of the race being dropped from the calendar if it did not come up to scratch, Domenicali said: “I hope not. I do not want to even think that we should arrive at measures of this kind.

“But for the sake of a grand prix that deserves to be on the calendar, now we need the facts, and a definitive and clear plan of when the works already defined will start. The promoter knows this too.”