Organisers of Formula 1's Mexican Grand Prix are pressing ahead with plans to host the 2017 edition of the race, amid the devastating earthquake that struck the country this week

A 7.1 magnitude earthquake hit Mexico City on Tuesday evening and has so far killed at least 250 people.

Mexican GP organisers do not expect the devastation to disrupt the race, which is due to take place at the end of next month.

They say they are still finalising plans for F1's October visit to the Hermanos Rodriguez circuit, which has passed two earthquake inspections without cause for concern, and believe the race will take on added significance in the wake of this national disaster.

Federico Gonzalez, managing director of the Mexican GP, said: "We have been very lucky. We have examined the Autodromo Hermanos Rodriguez and we can confirm the track has suffered no damage and is in optimum condition ahead of the race.

"[But] our priority at the moment is the recovery of the city. We are united with the individuals and families affected.

"The Mexican spirit of humanity and determination are a force to be reckoned with and it's heartening to see this in action across the city.

"As demonstrated during the two most recent editions of the Mexico Grand Prix, when the Mexican people come together we achieve incredible things.

"At this moment, we are all united and working together making sure we get through this.

"We want to reach out to the international community and seek their support over the coming weeks and months; there are lots of ways people can help.

"We deeply appreciate all the support and affection already demonstrated from all over the world." 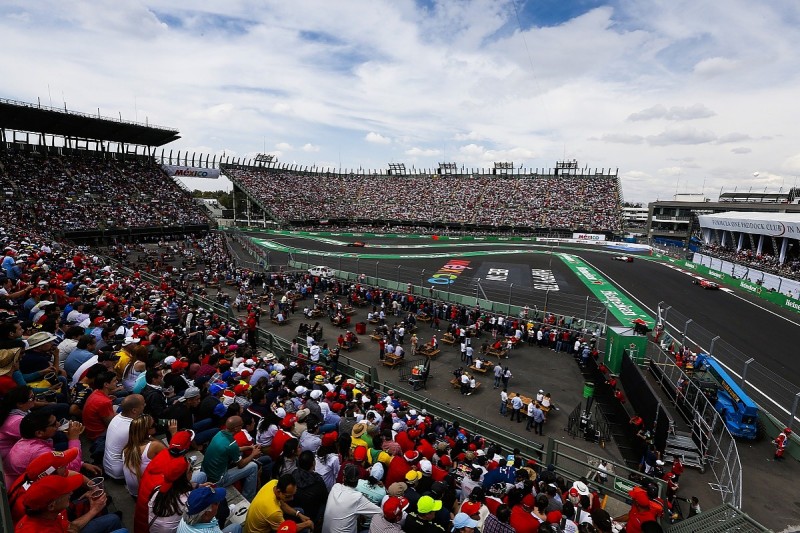 Rodrigo Sanchez Peraza, national press officer and marketing director for the Mexican GP, said the circuit had been revamped for its 2015 return to Formula 1 with the threat of earthquakes in mind.

He said the race could "absolutely" act as a rallying point for the nation, as it tries to recover from the tragedy, and he does not expect spectators will stay away for fear of further tremors.

"We'll continue doing the assessments as we go, but so far there's really no concern - we'll have a race," he said.

"We need to remain together in the bad and the good, not only in the bad. I think that's a powerful message and something we need to show.

"The same pride you see in the grandstands, we're seeing it in devastation zones right now."

Mexican GP organisers are also urging people to support the country's recovery by donating to UNICEF Mexico, the Mexican Red Cross, Oxfam Mexico and Save the Children Mexico, as well as well as the foundations set up by Slim and Perez.