In the end, Hamilton was able to complete FP3 without problems, and he went on to secure pole position in a dramatic qualifying where the Ferraris of Sebastian Vettel and Charles Leclerc both had mechanical dramas.

When asked about his condition by Autosport in the post-qualifying press conference, Hamilton said: "I wasn't feeling good this morning, bit of a sore throat.

"So, we prepped just in case I wasn't going to be able to do the session.

"I did the practice and we were prepared to be able to put the second driver [Ocon] in, that was the worst case scenario. [But] we got through, good."

Hamilton's qualifying session started badly when he hit traffic in Q1. He initially did not make the top 15 and had to go again.

When he eventually secured pole, he told his engineer "I don't know how we did that" on the team radio, making it clear that he had not expected to have such a good outcome. 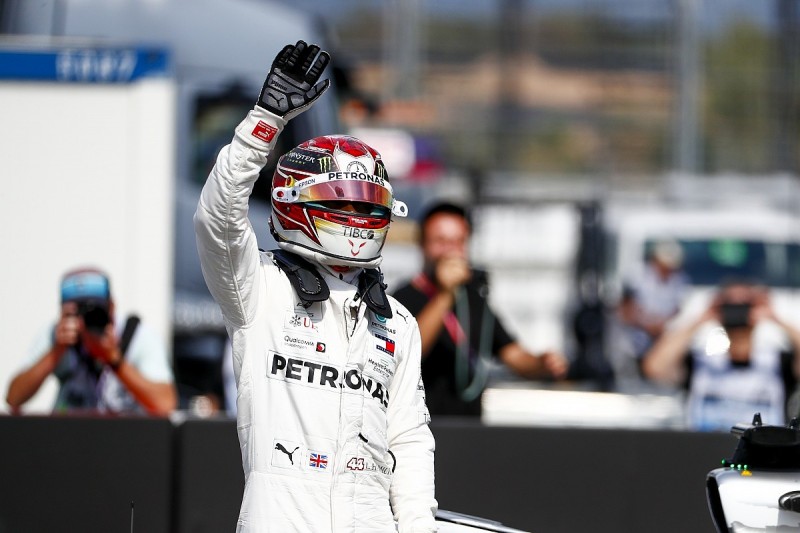 He will start the race on the medium tyre, along with team-mate Valtteri Bottas, while Max Vertappen, who split the Mercedes cars, will start on the soft rubber.

"The team did a great job in terms of timing and getting us out at the right times," Hamilton added.

"As you saw, both Ferraris dropped out. That made it a big different in terms of the battle that we had at the end.

"Nevertheless I think I had pretty good pace, I think maybe it would have been close between me and Leclerc, who knows?

"They've been pretty quick all weekend. But I was really, really happy with the laps I'd done, particularly Q2 onwards.

"The team have worked so hard, and it's really great for Mercedes with the 125 years celebration this weekend. So [it] couldn't have been a better way to start the weekend."

When asked what might be the biggest threat on to his position on Sunday Hamilton said: "I think it's the weather, it can be a threat.

"There was talk of rain even today, and tomorrow potentially more so.

"I've not looked at the long runs so I don't know how strong they are on the long runs. But it's not the easiest of tracks to overtake.

"Depending on the temperature, if it's like yesterday, it makes quite a difficult race, and probably more stops.

"If it's like today, and temperatures were getting hotter towards the end, it's still going to be a real challenge.

"I think the real challenge is making sure we do all our due diligence and make sure we operate at the level we've been operating at today."